Coheed and Cambria announce 2019 US tour 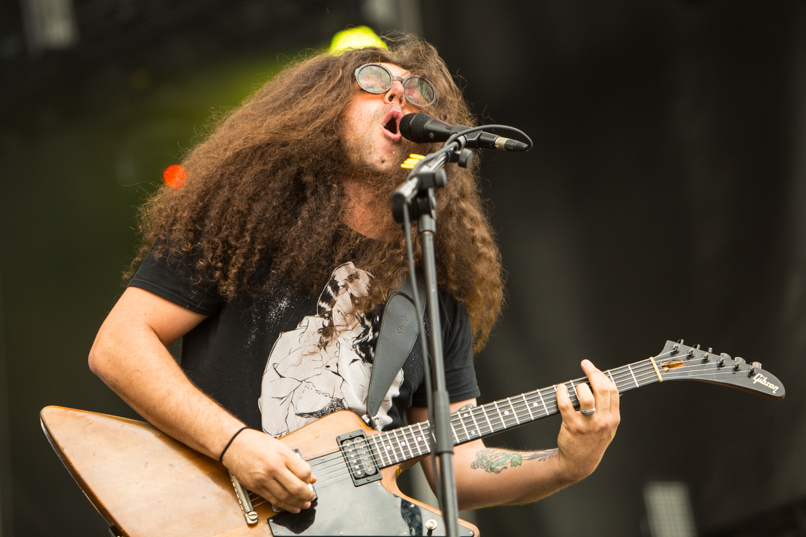 Now that the great buzz surrounding singer Claudio Sanchez’s hair has settled down, Coheed and Cambria can get back to the business of doing what they do best — play shows for their adoring fans. The progressive rock act has just announced a 2019 U.S. tour.

The trek launches February 5th in Norfolk, Virginia, and runs through a February 28th show in Clifton Park, New York. The band Foxing will open all dates through February 20th in Knoxville, Tennessee, while Maps & Atlases will take over the support slot beginning February 22nd in Asheville, North Carolina, through the end of the tour. Tickets go on sale this Friday, with fan club pre-sales beginning tomorrow. You can also get tickets here. A full itinerary is posted below.


Coheed and Cambria will be out in support of their new album, The Unheavenly Creatures, which came out last month. Prior to its release, Sanchez checked in with us to talk about the disc. You can read the full interview here.

The band recently made headlines when it was believed that Sanchez cut off his glorious long hair, but it turned out he fooled the internet, revealing that his luxurious curly was still in tact during a show on Coheed’s current fall tour, which wraps up tomorrow night in Birmingham, Alabama.

In addition to announcing the tour, Coheed also unveiled a live video for the song “The Dark Sentencer”, which can be viewed below.