"I look like a younger version of my grandfather" 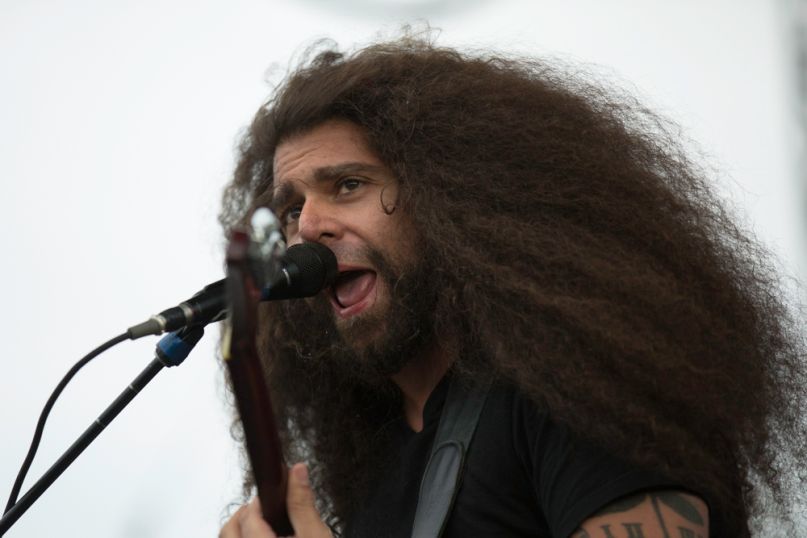 Coheed and Cambria // Photo by Thaib A. Wahab

Coheed and Cambria fans may no longer be able to recognize Claudio Sanchez, as the frontman has cut off his signature long curly locks.

Sanchez posted a photo of himself clean shaven with a baseball cap and a short swept hairdo late last night on Instagram, captioning the pic of his new ‘do by stating, “The time for change has come. You inspired me Lawrence, KS. Now, let’s hit the beach! Surf’s up!”

The time for change has come. You inspired me Lawrence, KS. Now, let’s hit the beach! Surf’s Up! #change #hair #MOD

For fans who were unconvinced, he followed that post with another pic today of his hair slicked back, stating, “Went and got my s— tightened up. I look like a younger version of my grandfather.”

Went and got my shit tightened up. I look like a younger version of my grandfather.

It’s safe to say that the singer is barely recognizable in the the new photos, with fans reacting to the first pic with such comments as, “What in Justin Bieber is this?” and to the second photo with, “I thought this was [Dashboard Confessional frontman] @chris_carrabba for a second!”

UPDATE: Turns out we were all fooled. Sanchez revealed that he did not actually cut his hair during the band’s show in St. Louis on Wednesday night. Full details and video here. Story continues below.

Coheed and Cambria recently released their latest studio album, Vaxis – Act 1: The Unheavenly Creatures. The album returns to the band’s Amory Wars concept with the first installment of the Vaxis series, which brings new characters and a new cinematic story.

“It’s sort of a new story, but as the stories come out with Vaxis, the later records II and III, we sort of unveil where this story truly fits within the timeline and how these characters are related to Coheed and Cambria’s arc,” Sanchez told Heavy Consequence. “So, right now, it’s really kind of an introduction to a new set of characters within the mythos and after the continuation of the Good Apollo Two story, No World for Tomorrow, just the fact that it is a pentalogy and the idea resembles the symbol number five.”