Fooled us! Coheed and Cambria’s Claudio Sanchez didn’t cut off his long mane of hair after all

The frontman revealed his long locks in dramatic fashion 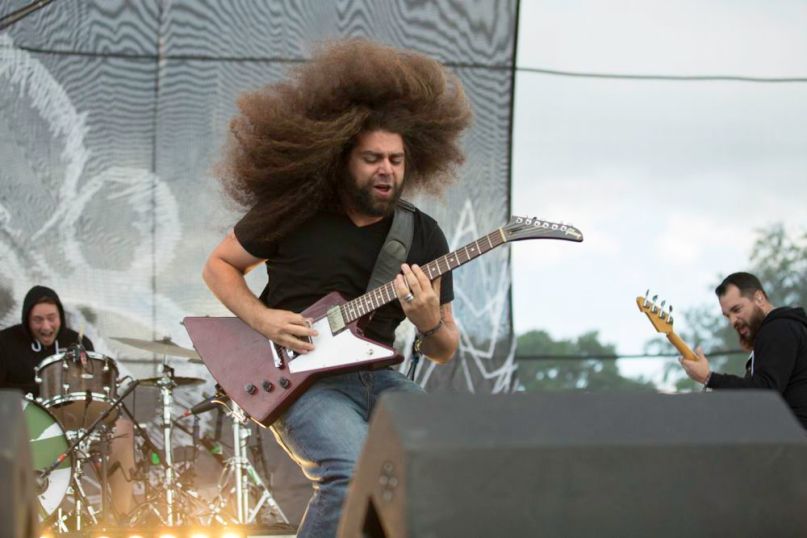 Coheed and Cambria, photo by Thaib A. Wahab

Well done, Claudio Sanchez! The Coheed and Cambria frontman successfully fooled the internet, including us, into thinking he cut off his beautiful long mane of curly hair, only to reveal his signature locks in a dramatic fashion at the band’s show last night.

Sanchez had posted two photos on Instagram, one of him sporting a baseball cap with a Justin Bieber-like ‘do, and another one with a slicked-back style, sending his fans and music sites into a frenzy, thinking he had chopped off his glorious mane.

While Coheed and Cambria were performing at The Pageant in St. Louis, Missouri, last night, Sanchez sported the baseball cap look at the beginning of the band’s set only to bang his head to reveal his massive mane of hair, greeted by a loud roar from the crowd. The singer must have been hiding the rest of his long locks in a ponytail in the aforementioned Instagram photos. Check out video of the big reveal below via Coheed’s Instagram page, with the caption “Feels good to be free.”

And see the Instagram pics that faked out the Internet here:

We hereby consider ourselves trolled, but for some hard truth from Sanchez, check out our recent interview with the Coheed and Cambria frontman.

Previous Story
A Perfect Circle reveal apocalyptic video for “So Long, And Thanks For All The Fish”: Watch
Next Story
Green River to reissue Rehab Doll LP and Dry As a Bone EP with unreleased tracks
Popular
More Stories
[fu-upload-form form_layout="media" title="Submit Your Photo"][input type="hidden" name="ugc" value="1"][/fu-upload-form]