He ain't afraid of no sequel 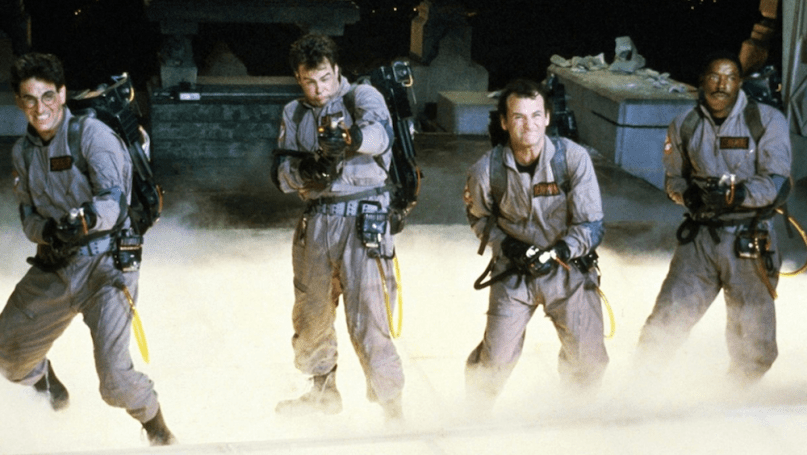 You’ve got to hand it to Dan Aykroyd; the quirky comic is certainly tenacious. He’s been trying to get a third entry in the original Ghostbusters series made for almost 30 years at this point. Even after numerous false starts — including the 2016 female-led reboot — the man who played Ray Stantz still has hope. In fact, in a recent interview, he revealed there’s a new script for Ghostbusters 3 being penned right now.

“There is a possibility of a reunion with the three remaining Ghostbusters,” Aykroyd said during a discussion on AXS TV’s The Big Interview with Dan Rather. “It’s being written right now.”

The three he’s referring to are, of course, himself, Ernie Hudson (Winston Zeddemore), and Bill Murray (Peter Venkman). Murray has been notoriously evasive when it’s come to strapping on the proton packs once more (though he did cameo in that reboot two years ago). But Aykroyd went on to say that he’s pretty sure he can get the actor back in the brown flight suit.

“I think Billy will come. The story’s so good,” he said. “Even if he plays a ghost.”

In the past, Murray has said he’d only consider returning for a third Ghostbusters if he could play a ghost. A script in which his character died in the first scene and came back as a specter was actually once green-lit, according to the original films’ director Ivan Reitman. The plot would have seen Oscar, the son of Sigourney Weaver’s Dana Barrett and — demanding on your interpretation of certain quotes — Venkman’s stepchild or lovechild, picking up the family business. However, Reitman could never reach the infamously hard to contact Murray, and then Harold Ramis (Egon Spengler) got sick and passed away in 2014.

Perhaps the new take Aykroyd mentioned is a reworking of that original script to excavate Ramis’ scenes, or perhaps it’s something else entirely. Sony’s Ghost Corps, the production company tasked with overseeing the Ghostbusters franchise, is also working on an animated feature. A sequel to Paul Feig’s Ghostbusters: Answer the Call is unlikely considering the hit it took at the box office, something Aykroyd blames on inflated reshoot costs.

Even as a mega-fan with a tattoo to prove it, this writer isn’t so sure we should keep trying to animate a movie like blasting so much echo-slime into the Statue of Liberty. Maybe it’s best to let sleeping terror dogs lie and just be happy that all four GBs were able to reunite for the closet thing we’ll get to a true sequel, the 2009 video game.