Dan Crenshaw gets back at Pete Davidson with surprise SNL appearance: Watch 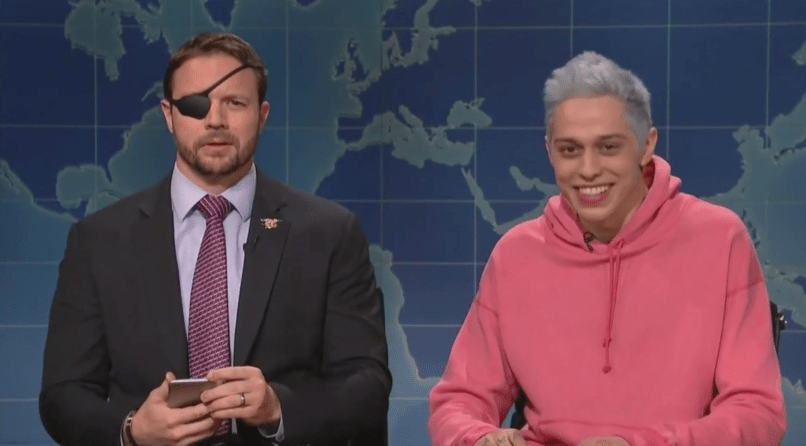 Last week, Pete Davidson found himself in hot water after making fun of GOP congressional candidate Dan Crenshaw for wearing an eye patch. Crenshaw, a former Navy Seal, was severely wounded during his third tour of duty in Afghanistan.

Davidson’s comments were widely condemned and politicians from both sides of the aisle called on the comedian to apologize. On this week’s episode of SNL, Davidson did just that — with Crenshaw sitting by his side. During “Weekend Update”, the Congressman-elect made a surprise appearance to accept Davidson’s apology, but not before getting in a few rather funny burns. “Pete Davidson looks like if the meth from Breaking Bad were a person,” Crenshaw quipped. In an especially funny moment, Crenshaw’s cell phone rang to the tone of Davidson’s ex-fiancée, Ariana Grande and her song “breathin'”.

Crenshaw closed his comments on a serious note. “But seriously, there’s a lot of lessons to learn here. Not just that the left and the right can still agree on some things, but also this, Americans can forgive one another,” he remarked.

Watch the segment below.