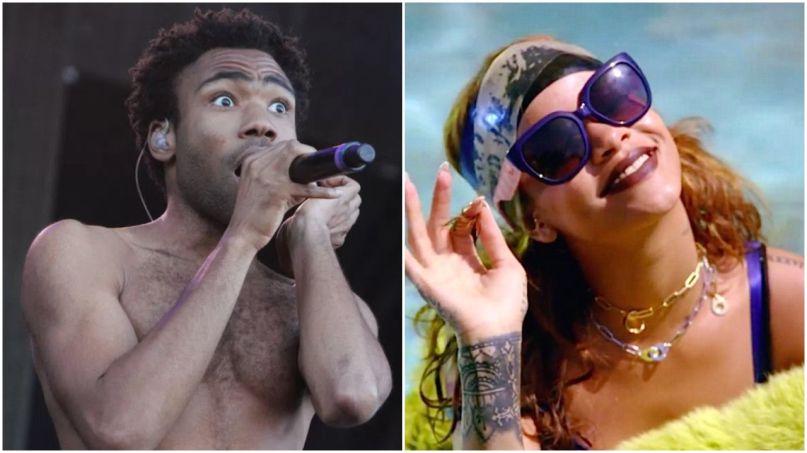 Anticipation increased when it was revealed that Donald Glover was filming with the trio alongside pop icon Rihanna, though the nature of the project remained murky with the name “Guava Island” was thrown around.

Well, we may have more answers as Stereogum reports that the project coalesced with a film trailer that premiered on Saturday night at Glover’s second annual PHAROS Festival in New Zealand.

While the name “Guava Island” never appears in the actual trailer, the intriguing words “A Childish Gambino Film” do. The trailer, which you can watch below via some fan-shot video, looks to be a heavily music-based and is described as “an action/crime movie.”

“We live in paradise but none of us actually have the time or the means to live here,” Glover says in the trailer. Letitia Wright and Nonso Anozie are listed as co-stars alongside Glover and Rihanna.