The British pop star also performs her latest single, "Close to Me" 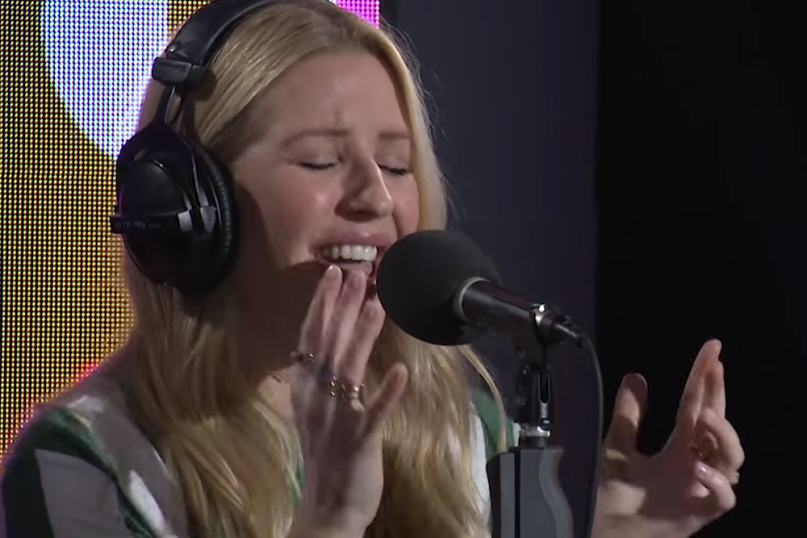 BBC Radio 1’s Live Lounge has been on a roll with their covers lately. Let’s see, CHVRCHES covered The 1975, who covered Ariana Grande, who covered Thundercat; and then there was Christine and the Queens’ Rihanna/Kate Bush mashup and Mumford & Son’s recent take on Grande’s “breathin”. Now, Ellie Goulding has given her spin to Grande’s “God is a woman”.

Kidding. Goulding did, however, deliver a cover of The Weeknd’s track “Call Out My Name”. The British pop star stopped by the BBC Radio 1 studios to promote her first single in three years, “Close to Me”. With her four-piece band and trio of backup singers crammed into the studio (who needs a full stage, Mumford?), Goulding performed the Diplo and Swae Lee collaboration as well as the R&B slapper. Her particularly nimble rasp is well suited for the type of drama Abel Tesfaye trades in, as you can see in the video of her performance below — and stick around for the Justin Timberlake stinger at the end there.