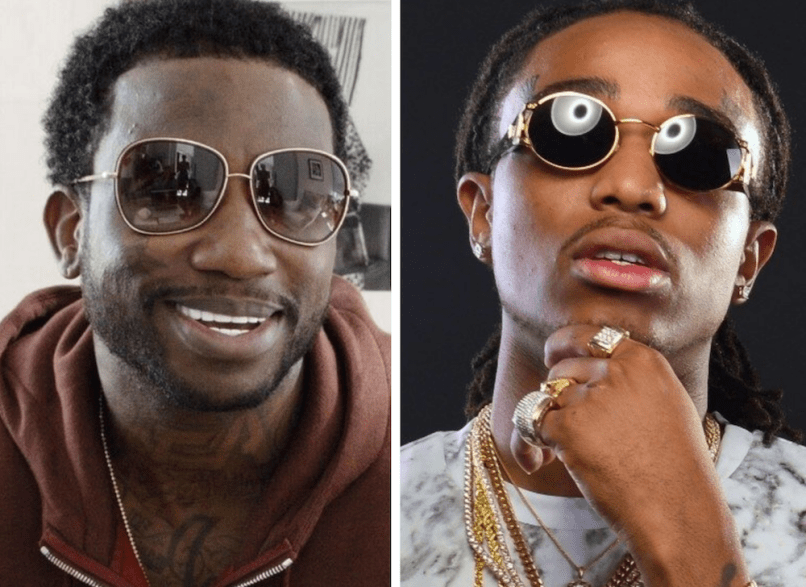 Last year, Gucci Mane and Quavo downed some liquid delights together on the 2 Chainz single “Good Drank”. The two have reconnected today for another song, this time one off Gucci’s forthcoming Evil Genius album.

Their collaboration is called “Bipolar” and sees the two Atlanta MCs trading bars over a beat provided by producers Deko, Smash David & OG Parker. Given the title, you’d expect a couple of references to mental states, wavering moods, and total impulsivity, and that’s exactly what they deliver.

“Bipolar with my check, I just put some glaciers ’round my neck,” Guwop and the Migos member rap on the chorus, “Go crazy with your ex, I might go crazy with my bitch.” Must be nice to just go wild with your checking account.

Gucci’s Evil Genius officially arrives December 7th. For more, revisit his previously released tracks including “Solitaire” (featuring Migos and Lil Yachty), “I’m Not Goin” (featuring Kevin Gates), and “Wake Up in the Sky” (featuring Bruno Mars and Kodak Black). As for Quavo, he dropped his own debut solo album, Quavo Huncho, in October.

Both Gucci and Quavo also appear on State of the Art, the new mixtape from Peeway Longway.