The group appears to be signed to MacKaye's Dischord Records 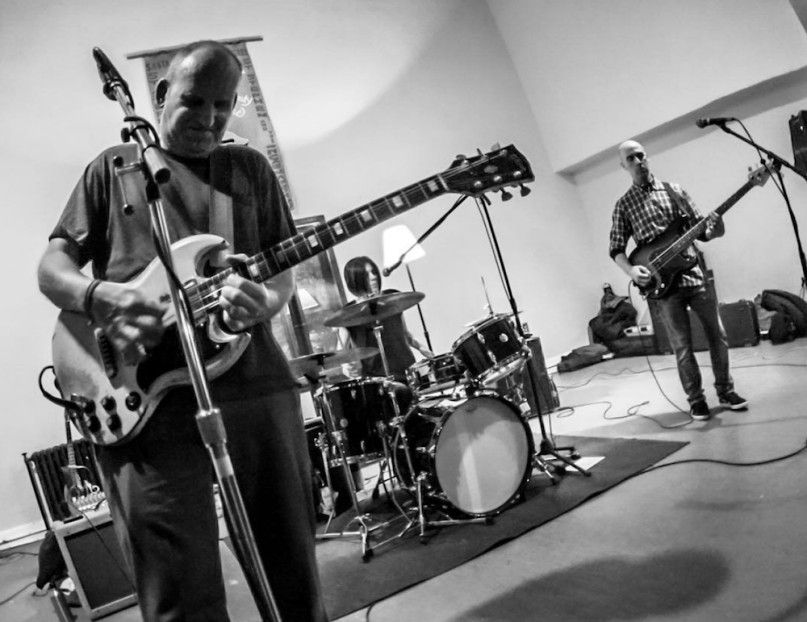 As we reported last week, Fugazi members Ian MacKaye and Joe Lally have reconvened to form a new band. The as-yet-untitled outfit, which is rounded out by McKaye’s wife, Amy Farina of The Evens (of which MacKaye is also a member), made its live debut last night, November 11th, during a food bank benefit concert in Washington, DC. While no video/audio footage has surfaced, the show provided a few key takeaways regarding the group and the possibility of new music.

In a post accompanying an image of the trio (above), photographer Mike Maguire called the group a “new local @dischordrecords band.” Dischord Records, the label founded by MacKaye and fellow Minor Threat bandmate Jeff Nelson, also posted some professional photos to its Instagram account. Speaking to Consequence of Sound, Maguire noted “all songs [played] were new originals,” so signs seem to indicate that MacKaye’s new band will someday officially release new music via Dischord.

Those in attendance at St. Stephen And The Incarnation Church have described the new band as a hybrid of Fugazi and The Evens. “I think it was a cool mix of what we love about their affiliated bands,” one concertgoer wrote on Instagram, “had the intricacies of evens, but now that J is providing some nice baz melody, it allowed for the semi angular guitar parts on that infamous white SG.” Another fan called their set a “killer punk show,” while someone else highlighted the group’s “very bass-driven” aesthetic.

As for the band’s name, it’s still very much in the air. “Every band name has been taken, and they all have lawyers,” MacKaye was quoted as saying during the set. MacKaye also revealed that, despite their recent live debut, he, Lally and Farina have actually been “playing in a basement together for three years.”

Check out some photo footage below.

A post shared by A Town So Small (@atownsosmall)

A post shared by …And We All Die (@andwealldie)