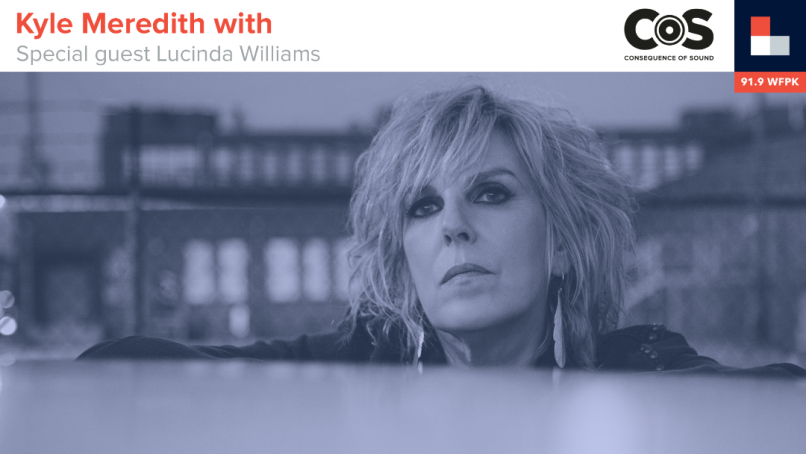 This Monday on Kyle Meredith With…, Kyle Meredith speaks with renowned country and blues musician Lucinda Williams about her latest release, Vanished Gardens, an Americana jazz collaboration with Charles Lloyd. They also delve into two coinciding anniversaries: the twentieth anniversary of her landmark album Car Wheels on a Gravel Road and the tenth anniversary of Little Honey.