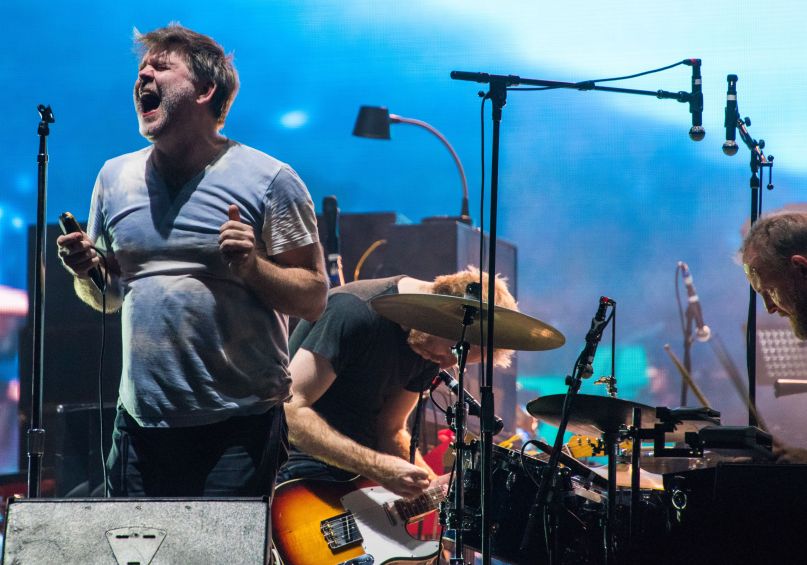 Heaven 17 released “(We Don’t Need This) Fascist Groove Thang” nearly 40 years ago, and, sadly, the song’s anti-fascist message is still relevant today. That’s likely why LCD Soundsystem decided to offer up their own cover of it.

It was recorded during a Spotify Singles session at New York’s Electric Lady, where they also delivered a cover of Chic’s “I Want Your Love”.

Update: The track comes from a new LCD Soundsystem album called Electric Lady Sessions, due out later this year.

Recently, the Brooklyn outfit shared a Rian Johnson-directed video for “oh baby”, a track from their Grammy-winning 2017 album, American Dream. Currently, the Ladies of LCD SoundSystem are out on one of the most anticipated tours of the season.