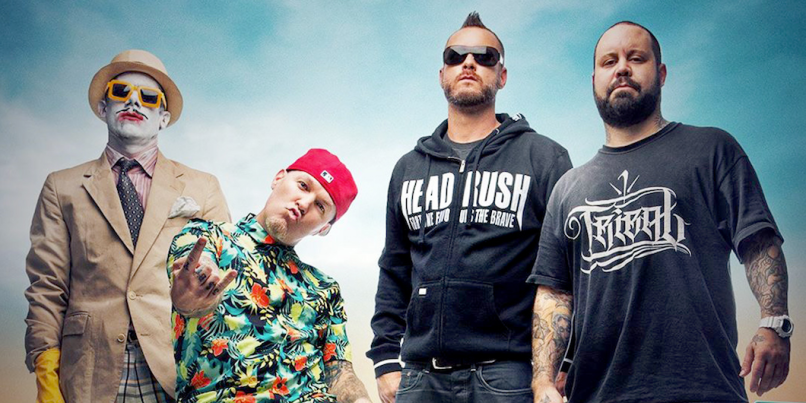 It’s been a while since Limp Bizkit have released a new album, as their last set, Gold Cobra, dropped back in 2011. In the years since, things seemed to be moving ahead, as Fred Durst and company were already talking about their next album, a disc tentatively titled Stampede of the Disco Elephants.

Now, more than seven years since their last full-length disc, Limp Bizkit are finally ready to get to work on that new album. Yesterday, guitarist Wes Borland shared an update via an Instagram video, where he posted footage of himself warming up on guitar as he gets ready to record.

“We would have started last Saturday but were displaced by the fires and lost some gear,” Borland said. “Getting back on our feet and in the studio within the week.”

Getting warmed up to actually make a brand new @limpbizkit album. We would have started last Saturday but were displaced by the fires and lost some gear. Getting back on our feet and in the studio within the week.

As previously reported, Borland and Durst were both affected by the California wildfires. Borland posted footage of a house on fire, stating on Instagram, “My pedalboard, 2 guitars, 2 amps, a 2×12 cabinet, several other pedals and misc equipment were inside this house.”

Durst reported via an Instagram story that his house had burned down, somehow with a sense of humor, photoshopping his face over a picture of Steve Martin from the movie The Jerk, and writing, “When you wake up and you’re house has burned down, but you were able to salvage your chair and thermos and paddleball.”