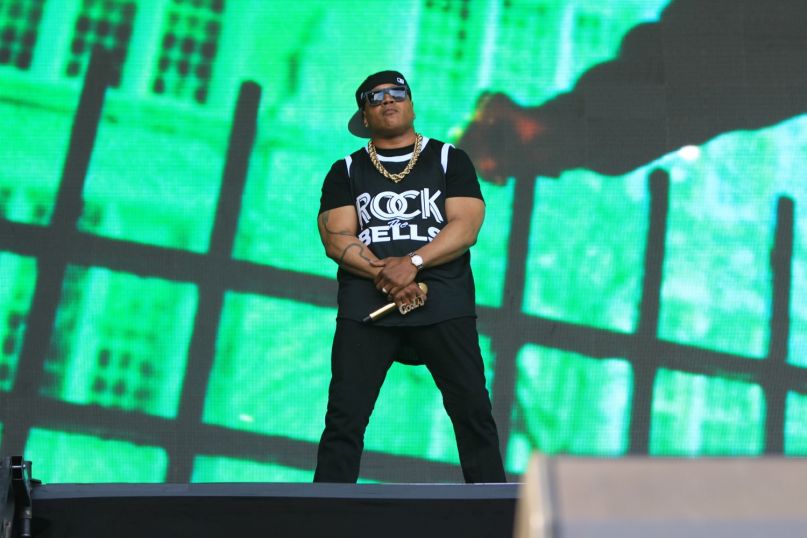 We’ve long known that LL Cool J’s hat is like a shark fin, but who knew he was quite the shark in court, too. According to legal documents obtained by The Blast, the veteran hip-hop star is suing the promoters behind the hip-hop music festival Rock the Bells.

As anyone with half a brain in hip-hip history knows, LL originally released the song “Rock the Bells” in 1985, a name he’s since used for his own channel on SiriusXM, which he launched earlier this year. Needless to say, he’s not too thrilled about the festival’s use.

LL claims promoter Guerilla Union and its founder, Chang Weisberg, filed to trademark the name back in 2004 without his permission. He argues that he petitioned its use last year to the Trademark Trial and Appeal Board, which the board granted last year.

However, despite the board’s decision, he argues Guerilla Union and Weisberg are continuing to use the name for various purposes. Now, he is demanding a judge grant an injunction prohibiting the promoter from using the trademark and for unspecified damages.

Rock the Bells originally ran from 2004 to 2013. While its roots are in Southern California, the festival went on to tour the world, featuring some of the strongest lineups in the genre, including a reunited Wu-Tang Clan four months prior to Ol’ Dirty Bastard’s death.