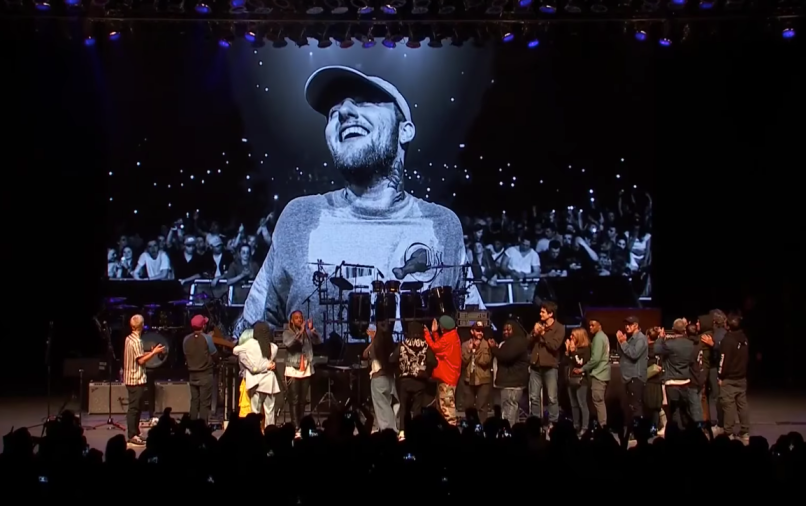 The entire concert was streamed live online and can be replayed in full below. Each rapper took a turn performing a short set and many choose to include their past collaborations with Miller. Action Bronson revisited “Red Dot Music”; Earl Sweatshirt performed “Guild”, New Faces”, and “Hey Ma!”; Vince Staples rapped his part on “Rain”; Anderson .Paak played “Dang!”; and ScHoolboy Q performed his part on “Gees”. Thundercat also revisited his Mac Miller collaboration “What’s the Use?” with assistance from Vince Staples. You can find the full setlist below.

The show closed with a photo montage of Miller, which was soundtracked by an unreleased song.

Net proceeds from ticket sales will be donated directly to the Mac Miller Circles Fund (MMCF), a newly launched foundation that will provide programming, resources, and opportunities to youth from underserved communities. Many of the streaming platforms will also offer the ability for viewers to donate directly to MMCF.