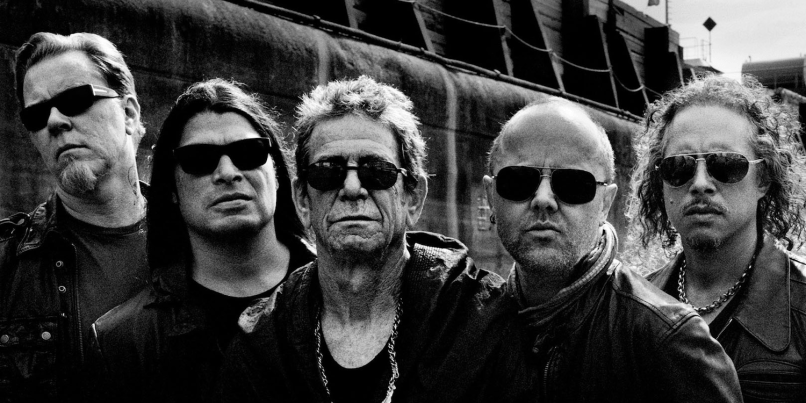 Seven years ago today (November 1st), two music giants — metal icons Metallica and the groundbreaking legend  Lou Reed — unleashed a collaborative album called Lulu. In the days and weeks to come, the disc would be met with a level of ridicule and venom that has rarely been seen before or after its release.

None of that was lost on Metallica, who today poked fun at the backlash, by acknowledging the anniversary with a tongue-in-cheek Facebook post, reading, “Everyone’s favorite album ‘Lulu’ was released #OnThisDay in 2011. Dare we ask what your favorite song on the album is?”

With Reed having masterminded the Rock & Roll Hall of Fame band The Velvet Underground, in addition to his noteworthy solo career, and Metallica being the biggest metal band on the planet, the announcement of Lulu was definitely intriguing, to say the least.

However, the backlash started as soon as the first single, “The View”, was released in September 2011, with fans mocking James Hetfield’s “I am the table” lyric with memes and silly Wikipedia updates. From there, the album didn’t really stand a chance, getting universally panned and barely selling any copies.

Reed passed away in 2013, two year’s after the release of Lulu, and Metallica have for the most part defended the album from its many critics in the years since.

That all said, to answer Metallica’s question above, I personally choose as my favorite Lulu song the leadoff track, “Brandenburg Gate”, which was an excellent tune that got overlooked amid the overwhelming disdain for the album. Take a listen below: