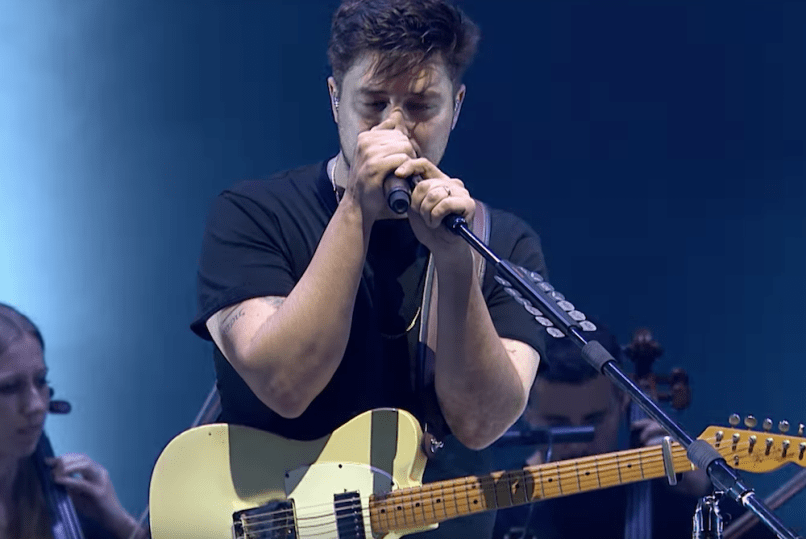 Earlier this month, Mumford and Sons unveiled their fourth full-length, Delta. The folk rock outfit is currently supporting the album with a massive world tour, but today they took a brief breather to record a session in the BBC Live Lounge.

For their appearance, the UK natives decided to take on that god who is a woman, Ariana Grande, by covering her Sweetener single “breathin”. Marcus Mumford & co. were joined by Pêtr Aleksänder and the London Contemporary Orchestra, but even with the added richness of strings, there’s just something that misses the mark a bit here. It’s either that or Grande’s soulful vocals on the original are just hard to translate to Mumford’s style. For what it’s worth, The 1975 tackled “thank u, next” the other week and that seemed to be slightly more enticing.

Check that out below for yourself. Mumford and Sons also rolled out their Delta lead single “Guiding Light”.

Mumford and Sons’ US leg of their tour begins December 7th; find that itinerary here. The following evening they’re set to appear on Saturday Night Live.