The tracks arrives ahead of the second annual John Walt Day, which goes down tomorrow in Chicago 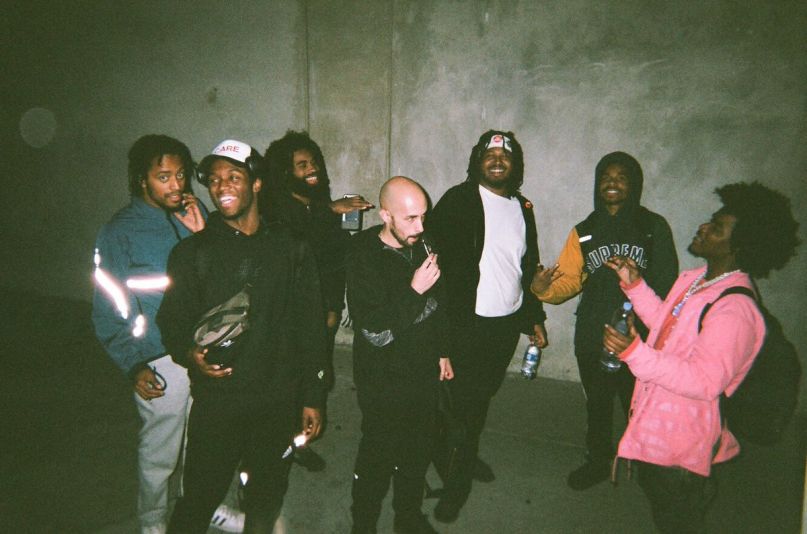 Since dropping his masterful CARE FOR ME LP back in April, Saba has teamed for a handful of one-off collaborations. Last week he released the shuddering IDK-collab “Beautiful Smile”, and the week before we unveiled “Stay Right Here”, a soulfully mellow meditation with Xavier Omär and Mick Jenkins. His latest track sees him reuniting with his whole crew, however, as he’s joined the Pivot Gang on a new banger called “Blood”.

Produced by daedaePIVOT and SqueakPIVOT, “Blood” features nearly all of the the Pivot Gang, a group of independent rappers and producers out of Chicago’s west side. “Blood” rides for three action-packed minutes on thrumming low-end and choppy percussion. “This Pivot shit realer than blood/ I’m sending the temperature up/ Said 15 minutes of fame/ I spent 14 at the bank,” Saba spits for the hook, before Joseph Chiliams, MFnMelo, and Frsh Waters all trade confident, compelling verses.

The tracks comes ahead of the second annual John Walt Day, which takes place tomorrow night at Chicago’s Concord Music Hall. The evening is in support of the John Walt Foundation, a non-profit aimed at empowering the youth in arts, named after Saba’s cousin and fellow Pivot Gang member, whose recent passing hung over the reflective, morose tone of CARE FOR ME.

Listen to “Blood” below, and get tickets to John Walt Day.