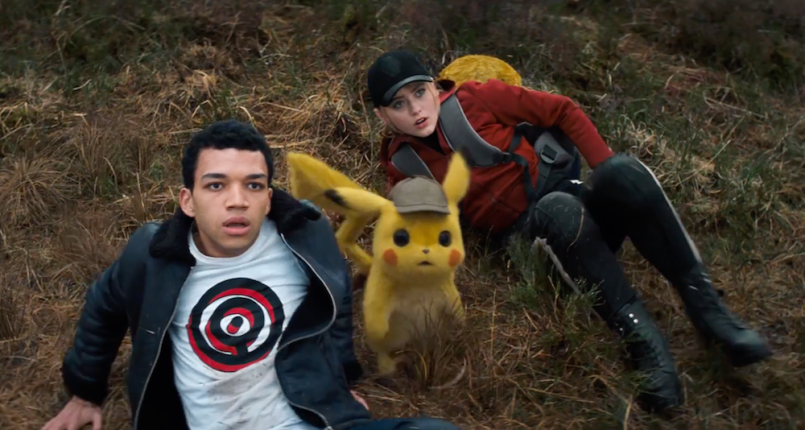 For two decades, Pokémon has been one of the biggest entertainment franchises in the world, with a slew of video games, TV shows, card games, and animated movies entertaining kids and nerdy fans of all ages. Now, for the first time, we’re going to be given a live-action look at the world of the iconic pocket monsters in the new film Detective Pikachu.

Sound silly? Well, hold onto your Jigglypuff, because the first trailer for the movie looks pretty damn fun. Walking through a world occupied by corporeal Pokémon is every gamer’s dream, and it looks like director Rob Letterman (Goosebumps) and his team of animators have really pulled it off.

Ryan Reynolds stars as the voice of the title character, a Pika-sleuth just searching for someone who understands him. He finds that partner in Tim Goodman (Justice Smith), the 21-year-old son of a private eye, Harry Goodman. When Tim’s dad goes missing, he and his electrifying new pal set out on a journey to find the missing detective. They get some help from Lt. Detective Yoshida (Ken Watanabe) along with budding reporter Lucy (Kathryn Newton of Big Little Lies and Lady Bird) and her Psyduck sidekick.

Pokémon Detective Pikachu hits theaters May 11th, 2019. Below, find the complete synopsis and first poster for the film.

The story begins when ace private eye Harry Goodman goes mysteriously missing, prompting his 21-year-old son Tim to find out what happened. Aiding in the investigation is Harry’s former Pokémon partner, Detective Pikachu: a hilariously wise-cracking, adorable super-sleuth who is a puzzlement even to himself. Finding that they are uniquely equipped to communicate with one another, Tim and Pikachu join forces on a thrilling adventure to unravel the tangled mystery. Chasing clues together through the neon-lit streets of Ryme City—a sprawling, modern metropolis where humans and Pokémon live side by side in a hyper-realistic live-action world—they encounter a diverse cast of Pokémon characters and uncover a shocking plot that could destroy this peaceful co-existence and threaten the whole Pokémon universe.