Kelly reportedly warned the audience: "If there's anybody in here that feels they are going to be offended tonight, they need to leave" 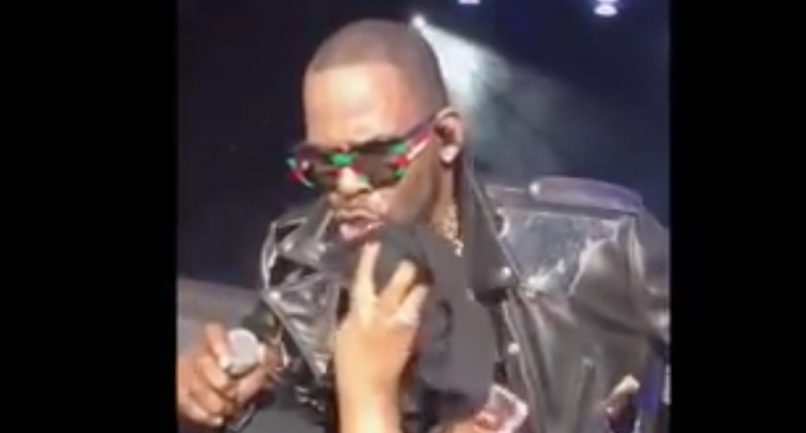 “If there’s anybody in here that feels they are going to be offended tonight, they need to leave, because it’s about to get freakier than a mother,” R. Kelly reportedly told a moderate-sized crowd as he took the stage at Tampa’s Yuengling Center, according to the Tampa Bay Times.

As it would turn out, the self-admitted sexual abuser wasn’t kidding, as a new video from the show reveals him walking to the front of the stage to allow fans to towel off his sweat, which eventually leads to him leaning back to expose his crotch and encouraging fans to grab it.

“When he got to Down Low (Nobody Has to Know), Kelly stepped all the way down to the floor of the pit, eventually kneeling out of view, completely surrounded by women,” the Tampa Bay Times reports. “Whatever happened down there, it ended with Kelly stumbling back on stage missing a shoe.”

Watch an extremely disconcerting video of the scene below.

Over the last year, Kelly has been besieged with accusations of sexual misconduct, the grooming of underage women, and imprisonment, leading his critics to launch a #MuteRKelly boycott. While the boycott was successful in getting Kelly’s music removed from streaming services, this weekend’s concert in Tampa is evidence Kelly still draws a decent crowd.