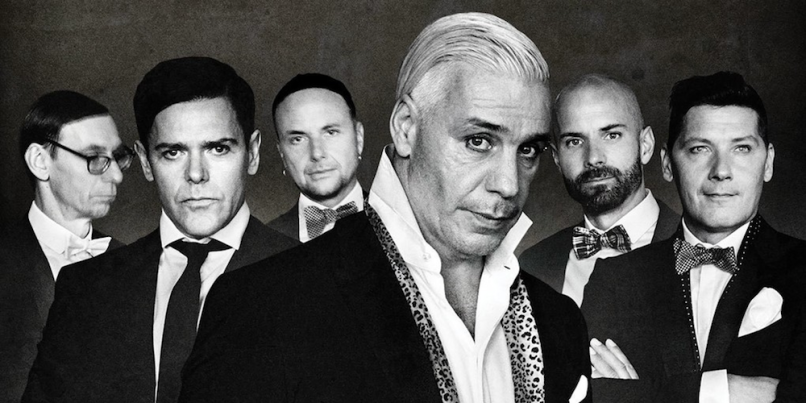 As excitement builds for what will be Rammstein’s first album in 10 years, guitarist Richard Kruspe has revealed two new big pieces of information. In a new interview with United Rock Nations Radio, the guitarist said mixing on the album will begin next month, and that the German industrial metal veterans plan to embark on a three-year tour in support of the disc.

Kruspe was asked about whether he had plans to tour with his other project, Emigrate, who are set to release a new album, A Million Degrees, on November 30th, and the guitarist replied, “I really don’t have time for that. I’m going to Los Angeles in the middle of December to mix the Rammstein record. After that, [Rammstein] are in the middle of tour preparation, and then we’re gonna be on tour for the next three years.”

Earlier this fall, guitarist Paul Landers suggested in an interview with Music Radar that the Rammstein album would be out in the spring of 2019. It would mark the band’s first studio album since 2009’s Liebe ist fur alle da.

Rammstein will be performing a pair of New Year’s shows in Puerto Vallarta, Mexico, and have also announced a 2019 European stadium tour. See the dates here.

As for the direction of the new disc, Kruspe said, “Music-wise, I think it’s richer when it comes to harmonies and melodies. That was also something that I was trying to do, because in the past, every time you talked about Rammstein, it’s all about this big burden about the show and the fire. Nobody really talks about the music, which is, to me, as a [music] writer, kind of a slap in your face. It was also important to me that we kind of step up, music-wise, in a way. It’s almost like Rammstein 3D, I would describe it.”

According to Blabbermouth, the album will be mixed by Rich Costey, who has twiddled the knobs for bands such as Rage Against the Machine and Muse.