R.I.P. Nicolas Roeg, director of Don’t Look Now and David Bowie’s The Man Who Fell to Earth, has died at 90 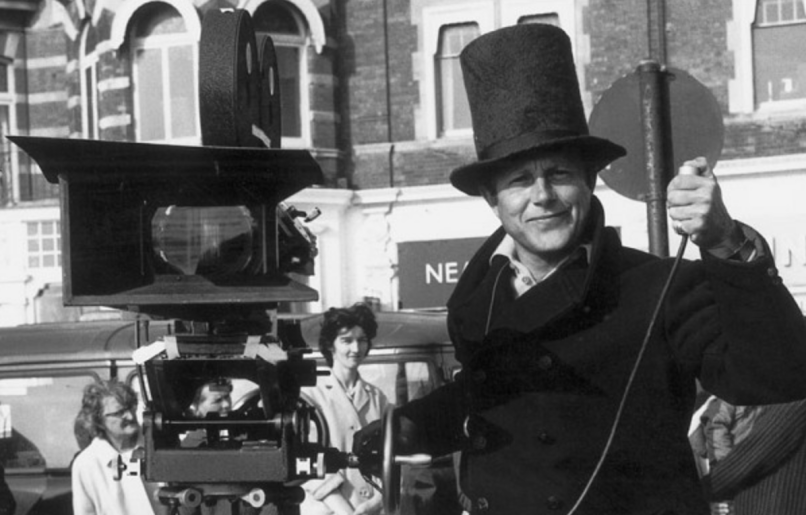 Nicolas Roeg, the idiosyncratic filmmaker behind iconic cult pictures such as 1970’s Performance and 1976’s The Man Who Fell to Earth, passed away on Friday night. He was 90.

“He was a genuine dad,” his son Nicolas Roeg Jr. tells the BBC. “He just had his 90th birthday in August.”

Born in North London on August 15, 1928, entered the film industry around 1947 after completing National Service. He began his career making tea and operating the clapper board at Marylebone Studios, eventually going on to work as a camera operator on a range of films, including 1959’s Tarzan’s Greatest Adventure and 1960’s The Trials of Oscar Wilde.

Prior to directing, Roeg cut his teeth as a cinematographer, building a resume by adding his keen eye to a number of major productions: 1962’s Lawrence of Arabia, 1964’s The Masque of the Red Death, 1966’s Fahrenheit 451, 1967’s Far from the Madding Crowd, and 1968’s Petulia.

In 1970, Roeg made his directorial debut with Performance, sharing a co-director credit with Donald Cammell. Starring Mick Jagger and James Fox, the gangster picture was actually completed in 1968, but was held back for two years over its violent content, the likes of which earned the film an X rating when it was finally released.

It didn’t take long for him to followup Performance, and by 1971, he had already released Walkabout. The survival film set in the Australian Outback featured his own son Luc in a pivotal role and won critics over despite bombing at the box office.

Roeg’s controversial filmmaking style persisted in 1973 with the now-iconic horror film, Don’t Look Now, which starred Julie Christie and Donald Sutherland as a married couple coping with the death of their daughter. The graphic sexual content was falsely rumored to be real, earning the film another X rating in the UK. It’s now considered one of the most terrifying entries of the genre.

Following this, Roeg would go on to work with musicians again, similar to Performance, specifically on 1976’s David Bowie sci-fi stunner The Man Who Fell to Earth and 1980’s Art Garfunkel psychological thriller Bad Timing. The former has since been considered a masterpiece for the genre, while the former prompted distributor Rank Organisation to remove its logo from the production altogether.

Bad Timing would wind up being a fitting name, at least for its distributors, as it marked the beginning of a three-film partnership between Roeg and British producer Jeremy Thomas. Things improved considerably with the following two pictures: 1983’s Eureka starring Gene Hackman and 1985’s Insignificance which would nab Roeg a Palme d’Or nomination at Cannes.

Following his work on 1986’s Castaway and 1988’s Track 29, Roeg would go on to adapt Roald Dahl’s darkly comical children’s fantasy book The Witches in 1990, collaborating with The Jim Henson Company. It would mark his final major studio picture with only three pictures following in its wake: 1992’s Cold Heaven, 1995’s Two Deaths, and 2007’s Puffball.

“I don’t look back on any film I’ve done with fondness or pride,” Roeg told The Telegraph in 2013. “I look back on my films, and on the past generally … I can only use the phrase, ‘Well, I’m damned.’”