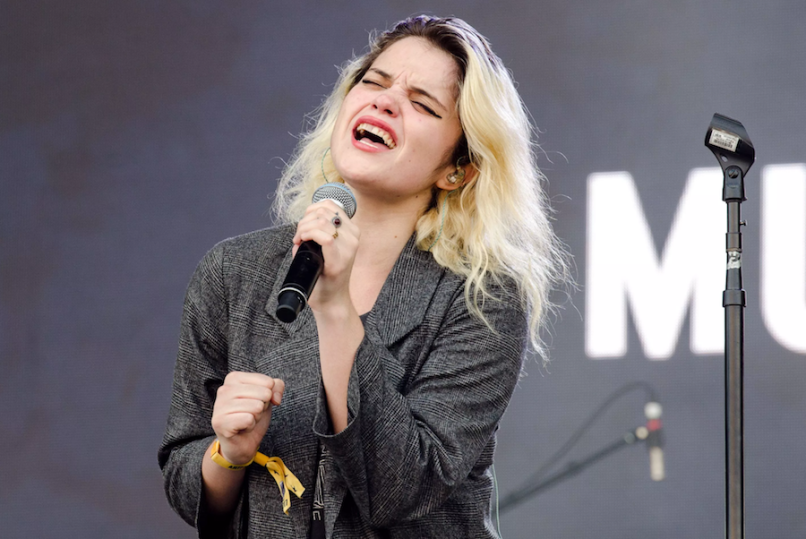 Sightings of Sky Ferreira have been rare in the five years since she dropped her Night Time, My Time debut full-length. You may have caught a glimpse of her in Baby Driver or the Twin Peaks revival, or maybe you heard her version of The Commodores’ “Easy” on the former’s soundtrack or the cover of ‘Til Tuesday’s “Voices Carry” she released over the summer to celebrate getting her SoundCloud back. Still, it’s been half a decade since we got new original music from the singer/model/actress — but as the seasons change, so soon will that vexing fact.

Ferreira has confirmed via an Instagram post that she will officially return with new music this winter. Now, whether that means it’s the visual EP she teased last year (via Fader) or the sophomore LP, Masochism, she promised back in 2016 is currently unknown. But who cares as long as we finally get some sort of follow-up to Night Time, right?

Last we heard about Masochism, we learned Night Time, My Time producer Ariel Rechtshaid was back alongside executive producers Mike Dean (Kanye West) and Rahki (Kendrick Lamar). Ferreira said the album explored how she moved from believing “if it doesn’t hurt then it’s not real” to being more confident in her self-value.

“I’m still in the thick of everything changing, but change, like, sucks!” she said. “It’s good in the long run, but it’s fucking weird and uncomfortable. When I feel like I’ve reached the point where I’m somewhat comfortable with it, that’s when the album ends.”

In another recent Instagram post, she thanked someone named Edwin for “helping me make something ~special~…” The caption included the same music emjoi as the latter post, as well as a movie clap board, perhaps teasing that she’d completed a new music video.