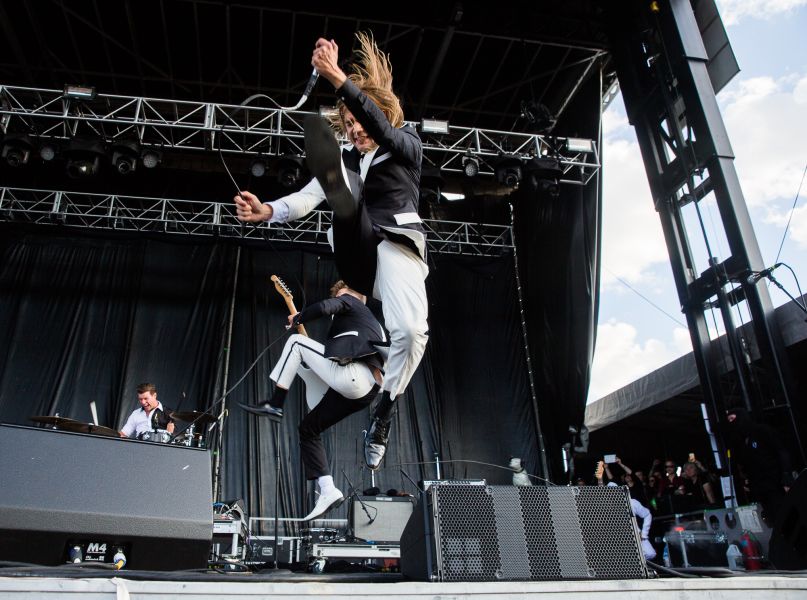 Despite being one of music’s most thrilling live acts, The Hives haven’t played many shows in America over the last half decade. Their last full-fledged tour came back in 2013 in support of their most recent LP, 2012’s Lex Hives. In 2016, the band played a one-off set at Riot Fest Chicago, but jetted back home to their native Sweden right after. Now, The Hives have confirmed two North American performances for early 2019.

Next March, the Swedish rockers will play Pa’l Norte Festival in Monterrey, Mexico and Punk Rock Bowling in Las Vegas. Update – Nov. 26th: The Hives are also confirmed for the inaugural Sonic Temple Art + Music Festival, which takes place in Columbus, Ohio in May.

Last year, Hives frontman Pelle Almqvist revealed the band had begun working on new music. “There’s awesome songs and I’d love for you to hear it, I think it’s some of the best stuff we’ve ever made, but we have to find out how to finish it and agree on it,” he told Team Rock.

We’ve reached out to The Hives’ representatives for additional information, including whether the band has any additional North American dates planned for 2019.