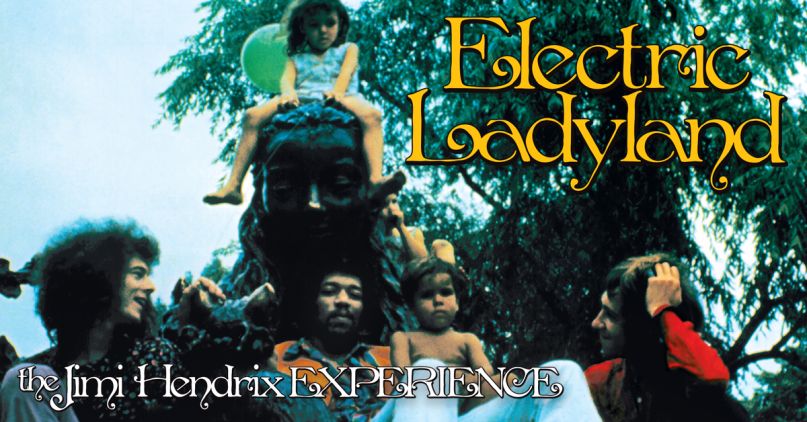 Have you ever been to Electric Ladyland? Not like this.

Today marks the release of the 50th anniversary box set for The Jimi Hendrix Experience’s timeless 1968 double album. Subscribers of Apple Music and Spotify can stream a sampler version below. You can purchase a physical copy of the set here.

Remastered from the original analog tapes and featuring a new 5.1 surround sound mix, the deluxe edition spans three unique releases, specifically the original album, a collection of previously unreleased demos and alternate versions dubbed Electric Ladyland: The Early Takes, and an unreleased live album titled Jimi Hendrix Experience: Live At the Hollywood Bowl 9/14/68, which includes a cover of Cream’s “Sunshine of Your Love”.

Fans who pick up the physical box set also get At Last… The Beginning: The Making of Electric Ladyland, a definitive documentary that features on-screen recollections from the likes of drummer Mitch Mitchell, manager Chas Chandler, Buddy Miles, Steve Winwood, and many others. Also included is a book of unpublished photos, handwritten lyrics, and essays by music critic David Fricke and producer John McDermott.

Another intriguing facet to this release is the new cover art, which stays true to Hendrix’s vision. Originally, he wanted to use a photograph by the late Linda McCartney, who snapped the band with a bunch of children surrounding a statue of Alice in Wonderland in New York’s Central Park. While the photo made its way inside the album as a black and white shot, this set places it on the front with full color.

Electric Ladyland marked the final studio album to be released during Hendrix’s lifetime, seeing him become a complete auteur, who meticulously oversaw every step of the production. As Fricke writes in his essay for the box set, “Electric Ladyland is the guitarist at a visceral, pictorial peak in his playing and his exploration of the recording studio as an instrument of composition and narrative.”