The Australian wunderkind's contribution to the Boy Erased soundtrack 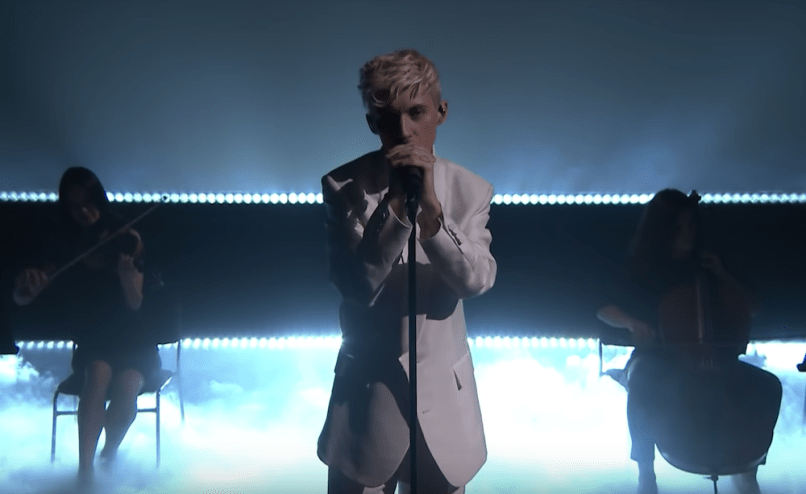 Troye Sivan’s week was bookended by a pair of appearances on The Tonight Show. He was there on Monday as both a couch guest and performer, chatting with Jimmy Fallon about his new album, Bloom, and joining Charli XCX for their collaborative track “1999”. Last night, he returned to the late night program, this time for a solo performance of “Revelation” from Joel Edgerton’s Boy Erased.

Though the track is a collaboration with Sigur Rós’ Jónsi, Sivan was backed only by a string quartet for the performance. Essentially, it was the same set up he had when he sang the song on Ellen last month, only a lot smokier and bluer — but equally stirring. Watch the replay below.

Sivan also has a screen role in Boy Erased, which is in theaters now.