Disney prohibits the use of any signs on its rides 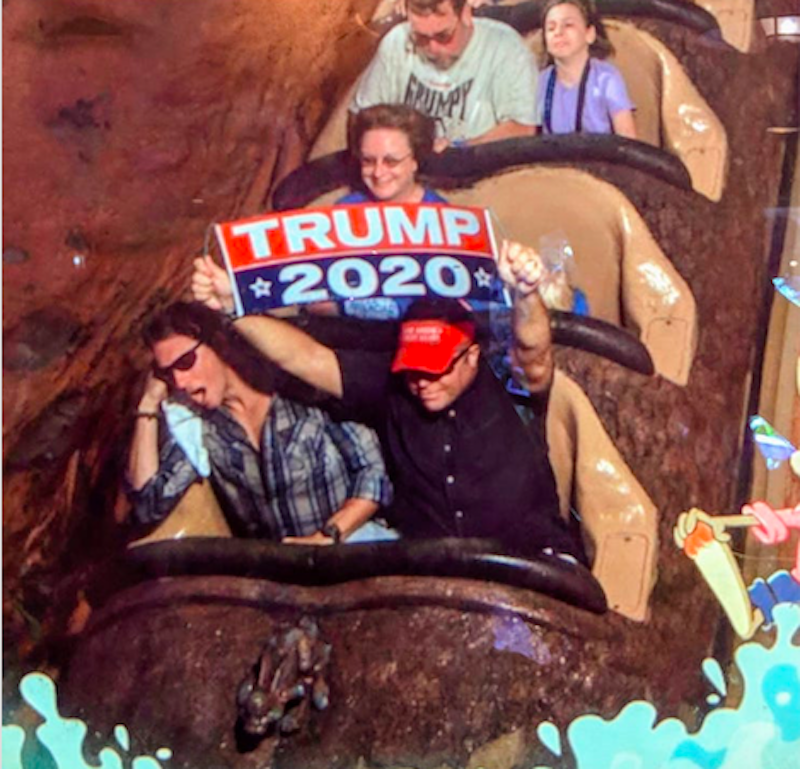 Trump supporter Dion Cini has been banned for life from Disney World for brandishing pro-Trump signs on two different rides. While MAGA chuds the world over will use this as yet another means to play the victim, the park attributes Cini’s ban to him breaking its own pre-established rules, which prohibit the use of any signs, flags, or banners on rides.

According to The Hollywood Reporter, a spokesperson for the park said it’s not a political issue, but the “result of repeatedly not following the rules.” Cini reportedly displayed a “Trump 2020” sign on Splash Mountain and a “Keep America Great” sign on Expedition Everest. He also said he was aware of the rules, but wanted to “test them,” likely due to the fact that he knew he’d be banned and that he could get a lot of attention by whining about it online.

Fingers crossed he tries a similar stunt at a Social Distortion show.

See a social media post from Cini including one of the photos below.