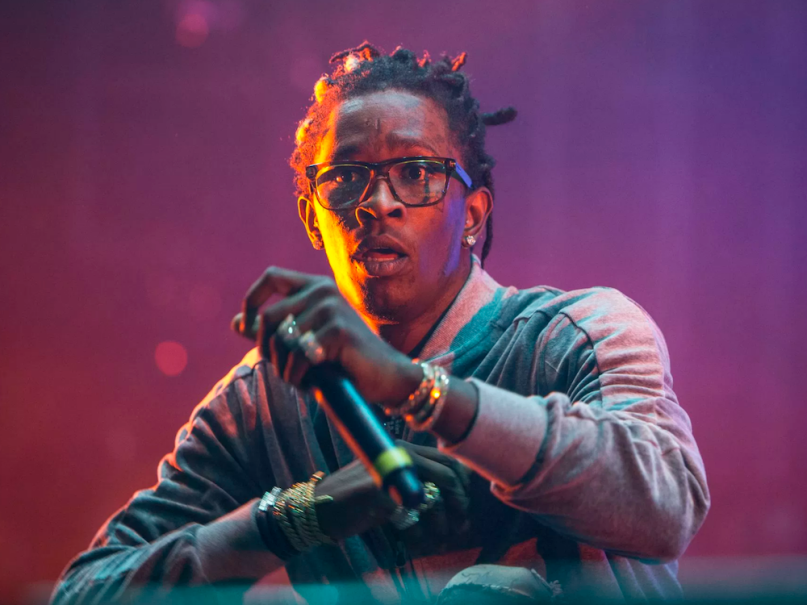 Young Thug is back in jail after failing a drug test this morning.

According to The Blast (via Pitchfork), the Atlanta rapper born Jeffery Williams failed to pass a drug test at his scheduled arraignment today, and a result, has had his bond revoked. The arraignment stems from a September 2017 arrest, which resulted in the MC being hit with eight felony charges, including possession and intent to distribute meth, hydrocodone, and marijuana. He was also charged with possession of amphetamine, Alprazolam, and codeine, as well as possession of a firearm.

Williams eventually turned himself in on September 11th, 2017, but then was released on bond a few days later on September 13th. Following the failed drug test, the rapper’s been officially taken in and booked at Georgia’s DeKalb County Jail.

This past August, Williams was also arrested and charged with felony gun possession at Dave & Buster’s in Los Angeles while celebrating his 27th birthday and the release of his Slime Language album.

Despite his mounting legal troubles, Williams has still remained productive in the studio. He dropped a Young Thug EP called On the RVN, featuring Elton John and Jaden Smith, in September, as well as contributed to Metro Boomin’s Not All Heroes Wear Capes mixtape this month. The rapper also teamed up with Juice WRLD on their collaborative project WRLD on Drugs, released in October.