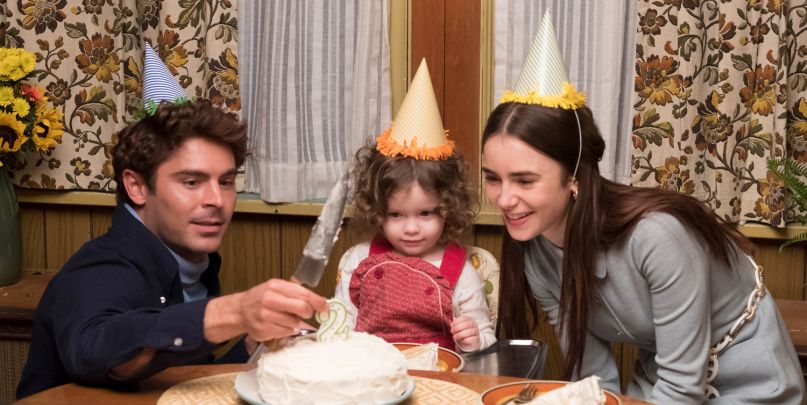 Thanks to the reveal of next year’s Sundance lineup, we’ve finally received our first official look at Zac Efron’s portrayal of infamous serial killer Ted Bundy in the upcoming biopic Extremely Wicked, Shockingly Vile. Set for its world premiere, the film (directed by documentarian Joe Berlinger) will take a lurid look at Bundy’s crimes through the eyes of his girlfriend Liz (Lily Collins), who continually denied the truth about Bundy for years. Now, we’ve got this first image – with Efron’s Bundy ominously wielding a knife while adjusting the candles on his daughter’s birthday cake, a grateful Liz looking on.

Based on this image alone, Efron certainly looks the part – Bundy himself was a charismatic, handsome man with a shock of curly brown hair, his magnetism allegedly one of his greatest tools for luring women to their deaths. We know that Efron’s got the charm down pat, but it’ll be intriguing to see whether his boyish frat-boy persona can translate into something more sinister. He’s certainly surprised us in the past, so we’ve got more than a little faith.

Extremely Wicked, Shockingly Vile is set for its world premiere at the 2019 Sundance Film Festival, which runs January 24th through February 3rd. Check out our coverage of previous Sundances here.