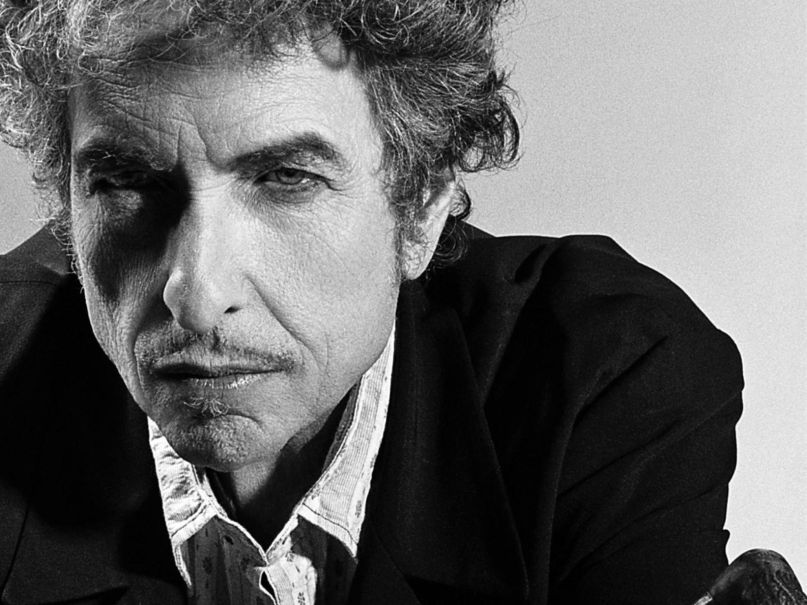 In 2004, Bob Dylan appeared alongside Victoria’s Secret Angel Adriana Lima in a commercial spot that used his song “Love Sick”. The paranoid tune pulses as Dylan and the scantily clad but fully plumed Lima make blue eyes at each other from a distance. (She also makes off with his cowboy hat; Angel, my ass.) The cries of “sellout” rang out from some internet corners like accusations of “Judas” had 40 years earlier while others considered it a patient punchline to a 1965 comment in which Dylan promised he would only sell out for “ladies undergarments.” Personally, I couldn’t really think of a snugger fit for a song as alienated and obsessive as “Love Sick”. Creepily eyeballing a girl in her unmentionables seems about right for that song’s protagonist.

And that’s sort of the point with Dylan. He’s got more songs than licensers or filmmakers know what to do with, and really, what do you do with most of them? Dylan, a mythical figure of sorts, has spent most of his career out of step with the rest of us – either prophetically ahead or anachronistically behind – and his songs are no simpler to pin down. Many of the song-film pairings on this list are fairly recent, and I’m not sure that’s a coincidence. Maybe it took the passage of time and for these songs to be adopted by new generations before they somehow found homes in films that didn’t feel awkward or, worse yet, arbitrary. Some are rather unlikely fits as well, but again, when has Dylan ever been predictable?

The following 10 songs, all written and performed by Dylan, share one other thing in common, though: If you remove them from their corresponding films, something profound goes missing. Call them instances of perfect composing, inspired soundtracking, or happy accidents, but these are films that just wouldn’t be the same without accompaniment from that guy in the lingerie ads.