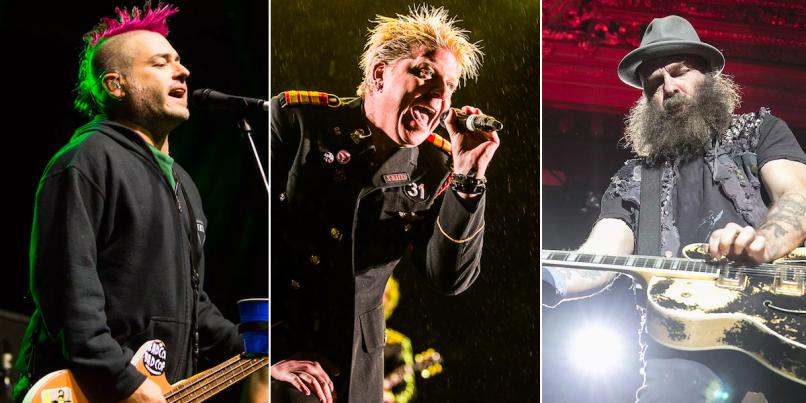 A new punk-rock music, camping, and craft beer festival called Camp Anarchy will launch in 2019, and the inaugural lineup is stacked with a bevy of legendary punk bands. The Offspring, Rancid, and NOFX will headline the three-day extravaganza, which takes place May 31st through June 2nd at Thornville, Ohio’s Legend Valley concert space and campground, just outside of Columbus.

Joining the headliners on the bill are Bad Religion, Pennywise, X, Suicidal Tendencies, Less Than Jake, Fear, Sick of It All, The Damned, TSOL, The Bronx and more.

The festival will mark NOFX’s first U.S. performance in over a year, after they were forced to drop off their own Punk in Drublic festival following insensitive comments made onstage about the Las Vegas concert massacre of 2017 during a performance at the Punk Rock Bowling & Music Festival.

The daily lineup can be seen in the poster below, with more bands to be announced.

Pennywise guitarist Fletcher Dragge stated, “Super stoked to be taking part in the first ever Camp Anarchy music and camping fest next year!!! Looks like Legend Valley will become ground zero for some serious punk rock debauchery and musical mayhem.”

In addition to the music, there’ll be craft beer tastings, a dodgeball arena, fair games, and more. Tickets, VIP passes, and camping packages for Camp Anarchy go on sale this Friday, December 14th, at CampAnarchyFest.com.