The band's third album, When the World Becomes Undone, arrives on January 18th 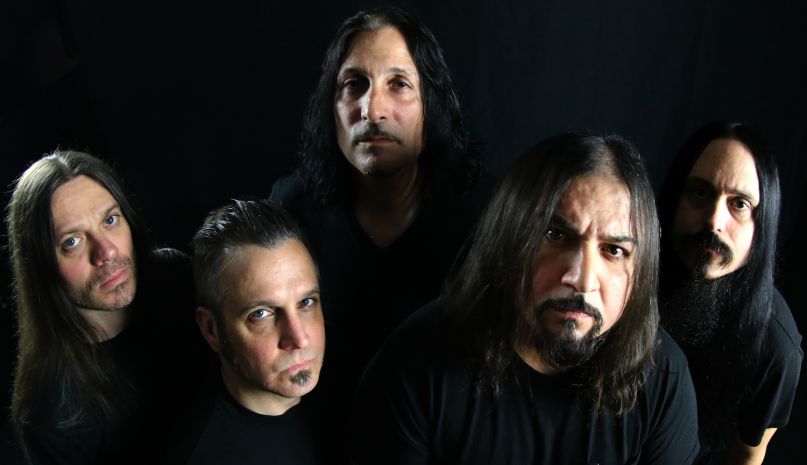 A Pale Horse Named Death are gearing up to release their third album, When the World Becomes Undone, on January 18th, and they’ve joined forces with Heavy Consequence to debut the new song “Vultures” (listen below).

The band is led by Sal Abruscato, founding drummer of Type O Negative and onetime member of Life of Agony. In A Pale Horse Named Death, Abruscato handles vocals and guitars, with the rest of the band rounded out by drummer Johnny Kelly (who actually replaced Abruscato in Type O Negative), bassist Eric Morgan, and guitarists Joe Taylor and Eddie Heedles.

The Brooklyn, New York, act’s music is rooted in metal, with elements of doom, goth, and grunge. When the World Becomes Undone will be the band’s first album in nearly six years, having released their last disc, Lay My Soul to Waste, in 2013.

Regarding the new song, Abruscato tells us, “‘Vultures’ is about being used until you have nothing left to give — friends and family coming around only when they need you or when you have something they want and of course waiting for your demise.”

As for the album title, the frontman explains, “The phrase When the World Becomes Undone came to me in 2014,” he explains. “You could see what was beginning to happen in the world at large. Just turn on the news or look around. At the same time, there were a lot of crazy things happening in my personal life. Those struggles all became fuel for the music.”

When the World Becomes Undone is available for pre-order in various formats and bundles at this location. A Pale Horse Named Death will play a record release party on January 18th at the Mercury Lounge in New York City, followed by a tour of the UK and Europe beginning in March. See the band’s full itinerary here.