Ace Frehley: Love him or hate him, Americans should support President Trump

"If you're an American and you're a patriot, you should get behind your president" 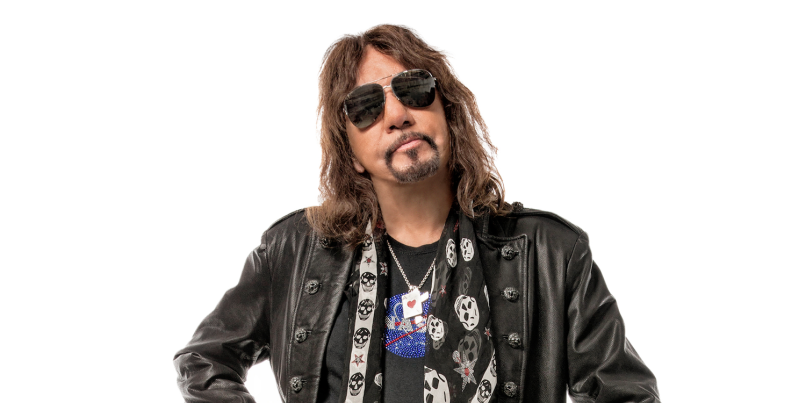 Ace Frehley had a lot to talk about when he sat down to be interviewed for the podcast Juliet: Unexpected: his new album, Spaceman, the upcoming final tour of his former band, KISS, and his long career in the music business. But the headline coming out of the interview is the guitarist insisting that all Americans should support President Trump no matter what our political beliefs.

“Whether you love him or hate him, if you’re an American and you’re a patriot, you should get behind your president,” Frehley said in the interview [transcribed by Blabbermouth]. “He was elected. We live under the Constitution of the United States, and you’re supposed to support your president. Love him or hate him, you’re supposed to support him, or go move to another country.”

From the sounds of the rest of the conversation concerning our current administration, Frehley expressed that opinion begrudgingly. The 67-year-old musician doesn’t believe that music and politics should mix and that anyone in the entertainment business should keep their opinions on such matters to themselves.

“I really frown on musicians who get up on a platform and start talking about the president or complain about,” he said. “I just don’t think it belongs. I’m an entertainer. There’s no reason to bring up politics. Let me play my guitar and write songs and entertain people. That’s my job.”

Right now, Frehley’s job is promoting Spacemen. But because of his previous life as a founding member of KISS, the question of whether he will be participating in the band’s forthcoming farewell tour has been on the minds of many fans. According to Space Ace, it would take a lot to get him on stage with Gene Simmons and Paul Stanley again.

“The only way I would consider coming back is [if] I took over Tommy’s [Thayer] place,” Frehley said. “He took over my place; a character that I invented. He’s pretty much going through the motions, but the only way I would consider going back is to replace Tommy and regain my throne. Number two, I’d like a big paycheck because I think I deserve it.”

Frehley also talked about his original departure from KISS in 1982, saying that it was his addictions to drugs and alcohol that led to the end of that tenure with the band. And he has the clarity of mind to realize that, in his words, he “put those guys through hell. I get it, but it took me a while to understand.”

The guitarist just wrapped up a busy 2018 of touring with a date at the New Jersey KISS Expo, where he performed his 1978 solo album in its entirety. Frehley is already lining things up for next year with three West Coast dates on his calendar. More info and tickets for those shows can be found here.