Alessia Cara Continues to Mature on The Pains of Growing 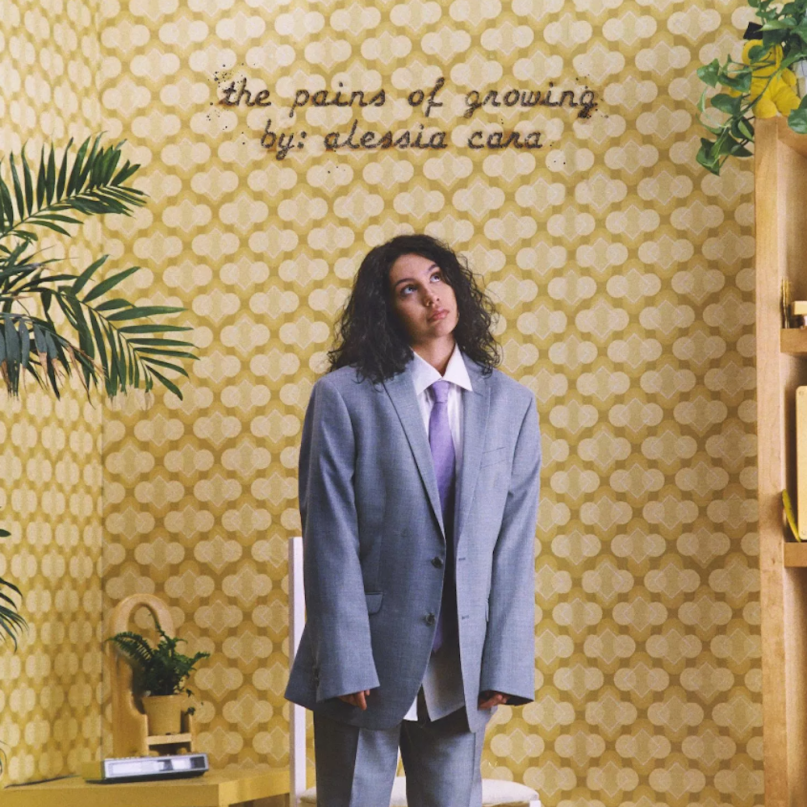 The Lowdown: At 19, Alessia Cara told us who she was by telling us where to find her. “I’ll be over here/ Somewhere in the corner under clouds of marijuana,” she sighs on 2015’s “Here”, a party song for the kind of party you wanted to leave an hour ago. The Canadian singer-songwriter carved out a niche as the lonely introvert of bubblegum pop. Her voice has an angelic rasp, like a choir girl who smokes. She writes or co-writes all of her songs; Cara’s lyrics are witty and anxious, lingering in awkward pauses and misunderstandings. Her debut album, Know-It-All, had a few good cuts and an identity crisis. It felt like less than the sum of its parts. She’s matured since then, and with The Pains of Growing, she reflects back on her own rocky transition from teenager to adult.

The Good: Cara roots her emotions in mundane details: in reruns of Friends (“Wherever I Live”) and video games (“Nintendo Game”). She’s equally comfortable in pop, soul, and R&B, and encouragingly, the best songs on The Pains of Growing are written by Cara alone. “I Don’t Want To” is densely worded and funny; cherish her threat to “set fire to my whole room.” Her voice shines with a little space around it, accompanied by minimal acoustic guitar. “A Little More” swaps out acoustic for electric, but is similarly stripped down, putting the emphasis on the words and Cara’s anxious performance. Other successful songs, like first single “Growing Pains” and “Trust My Lonely”, have more elaborate electronic backing tracks. The music is cheerful, in contrast to lyrics that skirt along the edge of depression.

The Bad: The Pains of Growing is a relaxed experience, and for the most part that’s a good thing. Cara has a sharp tongue; she doesn’t need to yell. But sometimes she sounds too relaxed, too comfortable, too conventional and unambitious. “Comfortable”, produced by No I.D., is post-Amy Winehouse white girl soul. It’s competently done, but it doesn’t subvert or expand the genre. It doesn’t even sound especially like Cara; it sounds like anybody at all. Towards the end of the album she loses her edge entirely. “Girl Next Door” and “Easier Said” are as dull a butter knife.

The Verdict: At 22 years old, Alessia Cara has many of the skills we associate with long careers. She’s a strong songwriter with a unique perspective and an astonishing voice. At her best, she turns simple observations into complex emotions. The Pains of Growing has its flaws, but altogether it’s a cohesive statement and a marked improvement from her debut.

Essential Tracks: “I Don’t Want To”, “A Little More”, and “Trust My Lonely”