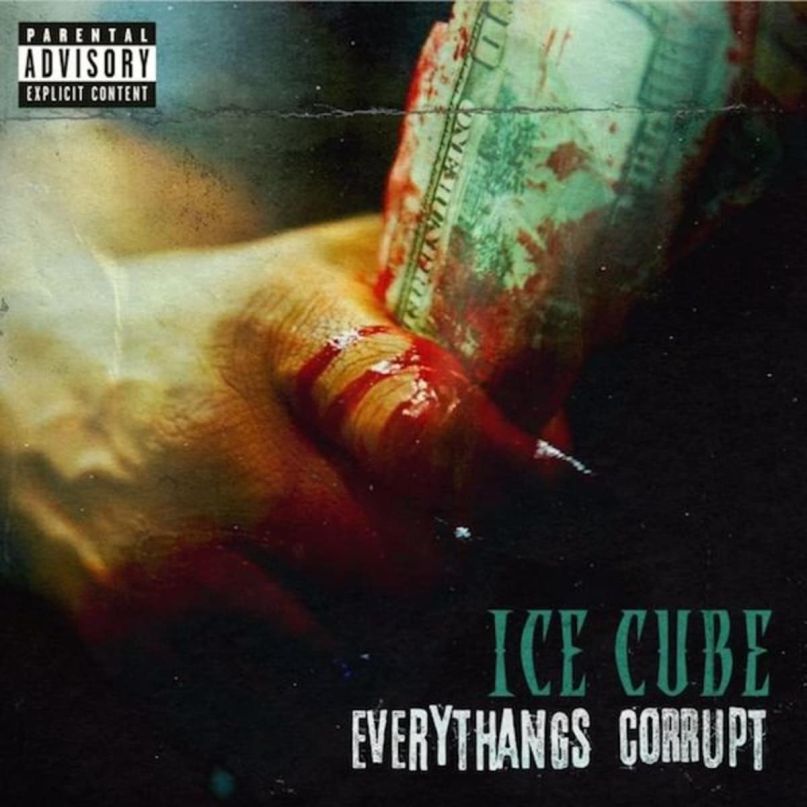 The Lowdown: Ice Cube’s greatest strength has always been his sociopolitical lyricism. His artistic drive to reveal the harsh realities of America has brought about some of the most significant music of our time. On his tenth studio LP, Everythang’s Corrupt, Cube still embarks with this same purpose, and the effort proves to be one of the best albums in the latter half of his career.

The Good: Kicking things off with “Arrest the President” and leading into “Chase Down the Bully”, Cube dives right into a lyrical assault against Trump and fascists, respectively. Using remarkable wordplay, he weaves together explosive commentary with brutality; lines such as, “Now, if he’s a fascist/ I’ma bash his head in,” get the blood pumping, fueling the political tone of the album. Other songs such as the title track and “Good Cop Bad Cop” continue in this fashion, displaying Cube’s range and ability in creating rich, consciously driven material.

Cube also spends time reflecting on his legacy; rather than provide bland, ego-pumping tracks, cuts like “Streets Shed Tears” and “Can You Dig It?” offer a look into the evolution of his life. For example, “Can You Dig It?” shares the personal changes and growth Cube has gone through over the years, all while referencing pop culture of each respective period. It’s a neat concept that allows for the song to be a fun and intimate connection to Cube’s life. In general, Everythang’s Corrupt packs an explosive array of instrumentation that beckons back to the old-school energy of classic west coast rap. Tracks like “That New Funkadelic” bring about playful horns alongside a clapping beat, the rhythm maintaining an energetic high. From pumping adrenaline to summery tones, the album provides a variety of catchy instrumentals.

The Bad: The record also comes with a few filler tracks that aren’t as insightful or unique. “Fire Water” and “One for the Money” are examples that, at best, are enjoyable to listen to, but lack the strong political elements and introspection found in the better songs. While these moments don’t hurt the overall record, it’s odd to have them in there among much stronger, more significant moments.

The Verdict: Ice Cube’s social consciousness makes Everythang’s Corrupt a refreshing release. From beginning to end, Cube’s maturity as an artist shines; the songs in which he acknowledges his achievements feel well earned because the primary focus stays on social injustice. He continues to keep an ear to the streets, which allows him to capture and depict real-life struggle and be much more than just a superb craftsman — a veteran artist who still has something to say three decades on.

Essential Tracks: “Arrest the President”, “Everythang’s Corrupt”, and “Can You Dig It?”