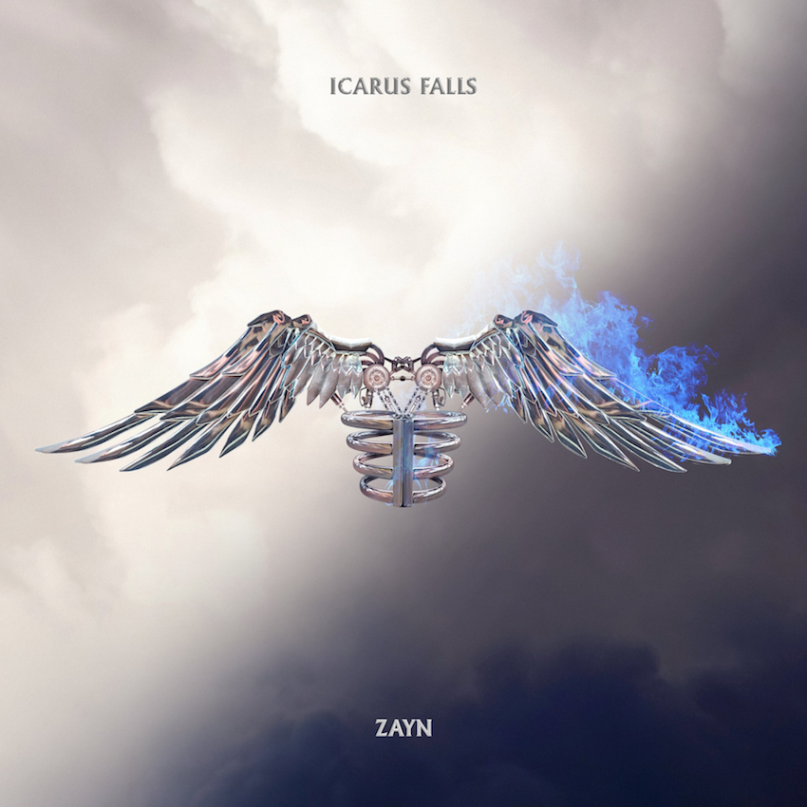 The Lowdown: One Direction was never meant to last. Simon Cowell took five teenage boys who had been eliminated from The X Factor and reformed them into a pecuniary powerhouse. Together they steamrolled radio charts and sold out stadiums across the world. But all that commercial success hid the fact that none of these boys had wanted to be in a boy band in the first place. Now, the inevitable has happened. One Direction have returned to their solo careers.

Zayn was the first to jump ship and the first to prove he could swim on his own. His 2016 debut solo album, Mind of Mine, was the top-selling record in most of the English-speaking world. The album avoided the brightest, poppiest impulses of One Direction, instead favoring slower, spacier R&B. His sophomore album, Icarus Falls, is more of the same, and I mean that literally; with 27 spacey R&B tracks, and a runtime just south of 90 minutes, Icarus Falls is a whole lot more of the same.

The Good: Icarus Falls is supposedly a concept album, and the concept supposedly holding it together is the tale of Icarus, the boy who flew too close to the sun and fell to his death. It’s an alluring idea for a pop album, though Zayn is less interested in flying than the fall. On “Back to Life”, he’s been doing too many drugs, and on “There You Are”, he’s in for a non-specific, less detailed kind of plunge. On both songs — which compete for the album’s most satisfying mega hook — he’s redeemed by the love of a good woman. Redemption through love (or sometimes just sex) is one of the recurring themes of Icarus Falls, even if it has nothing to do with Icarus.

The first half of Icarus Falls has a conventional synth pop sound. Around the halfway point — somewhere in the vicinity of track 13, “Icarus Interlude” — the album’s bouncy brightness gives way to darker, funkier flavors. Against this backdrop, Zayn’s pretty falsetto becomes haunting and ethereal. “You Wish You Knew”, “Sour Diesel”, and “Rainberry” are standouts from Icarus Falls’ wilder frontiers.

The Bad: Concept albums are hard to pull off, but time and again Zayn cripples his own concept. To start, there is almost nothing here to do with Icarus. There are thousands of mythological figures to choose from, many of whom fall and rise again. Zayn made an album about falling and rising again. Icarus just falls. The marathon running time doesn’t help. Across the nearly endless 27 tracks, Icarus Falls repeatedly interrupts its own narrative with dull, boring, and uninspired love songs that have nothing to do with the theme. Furthermore, Zayn favors the same kind of instrumentals over and over again. To listen to Icarus Falls is to feel deja vu. You may wonder if your computer is glitching or stuck on repeat, because surely you’ve heard these songs already. There’s no editing, no care to make sure the tracks flow together. This isn’t a concept album; it’s a data dump.

The Verdict: Icarus Falls has a lot of songs and some of them are quite good. As a vehicle for blitzing the internet with Zayn singles, the album is totally effective. But the concept is only half-conceived, and the listening experience is repetitive and dull. When it comes to Icarus Falls, more is less.

Essential Tracks: “Back to Life”, “There You Are”, and “Rainberry”