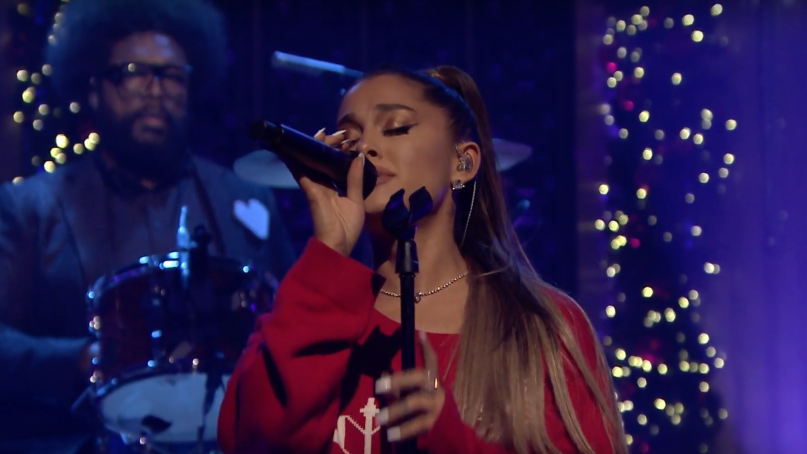 Ariana Grande with The Roots

As if a new song (“imagine”) and new music video (“thank u, next”) weren’t enough to close an already epic 2018, Ariana Grande swung by The Tonight Show on Tuesday night.

The pop phenom teamed with The Roots to perform “imagine”, the newly released second single off her forthcoming Sweetener  follow-up.

Replay both videos below.

Grande’s “God is a woman” was just named the second best song of the year. This week she saw her songs covered by both Miley Cyrus and Alessia Cara.