Including "XO", "Formation", "Drunk in Love", and an especially apeshit performance of "APESHIT" 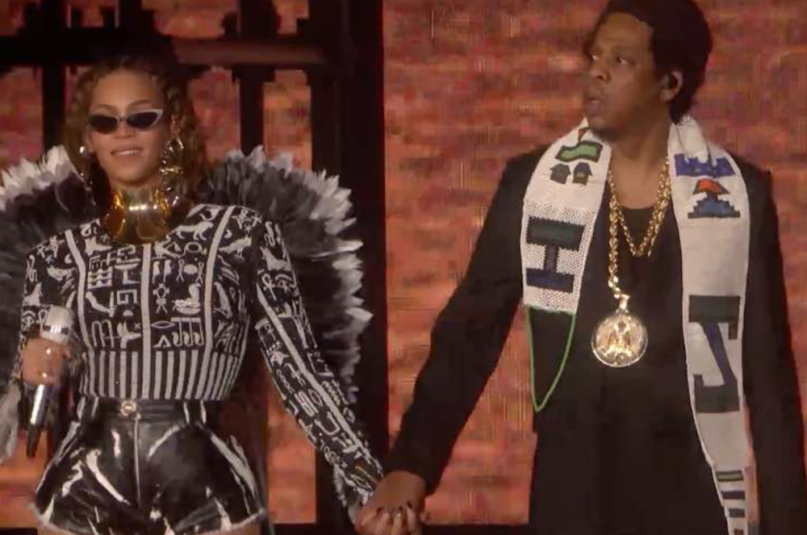 Beyoncé and JAY-Z headlined Global Citizen: Mandela 100 over the weekend in Johannesburg, South Africa. Commemorating what would have been Nelson Mandela’s 100th birthday, the massive concert event featured a mini “On the Run II” set of hits galore, including a particularly show-stopping throw down of the couple’s Everything is Love single “APESHIT”.

In addition to countless wardrobe changes (such as a pink dress in tribute to Mandela), the pair performed some of their biggest solo hits and collaborative bangers. They rolled out “Niggas in Paris”, “’03 Bonnie and Clyde”, “XO”, and “Drunk in Love”. The setlist also boasted “Formation”, “Empire State of Mind”, “Run the World”, and the aforementioned “APESHIT”, in which Queen Bey drew rave reviews for her slaying of her rap verses.

Pharrell Williams, who was also on hand at the FNB stadium that evening, joined JAY for a collaborative performance of their 2000 smash “I Just Wanna Love U (Give It To Me)”. Bey and Ed Sheeran also took the stage together to do their “Perfect” duet.

Beyoncé… it’s not even fair… pic.twitter.com/P40kyFJphT

Mandela 100 was hosted by Trevor Noah and is part of a campaign to end poverty and child malnutrition. Prior to her performance, Beyoncé posted a letter to the late Mandela on her website.

“It is an honor for me to travel to South Africa this week in celebration of you and your efforts to right so many wrongs,” the R&B super star wrote. “You were a strategic warrior, a bold activist, and charismatic and well-loved leader. Your vision for dignity, for human rights, for peace and a South Africa free of racism and apartheid, allow us all to turn dreams into reality.”

She continued: “As we celebrate the Global Citizen Festival: Mandela 100, honoring your centennial year, I promise you that we have made your dreams our own. Your work and your sacrifices were not in vain. I will cherish every moment shared in your presence and use the lessons learned from you as fuel to stir positive ideas and solutions.”

In addition to Beyoncé and JAY-Z, Pearl Jam’s Eddie Vedder took the stage and paid tribute to both Mandela and Soundgarden frontman Chris Cornell.