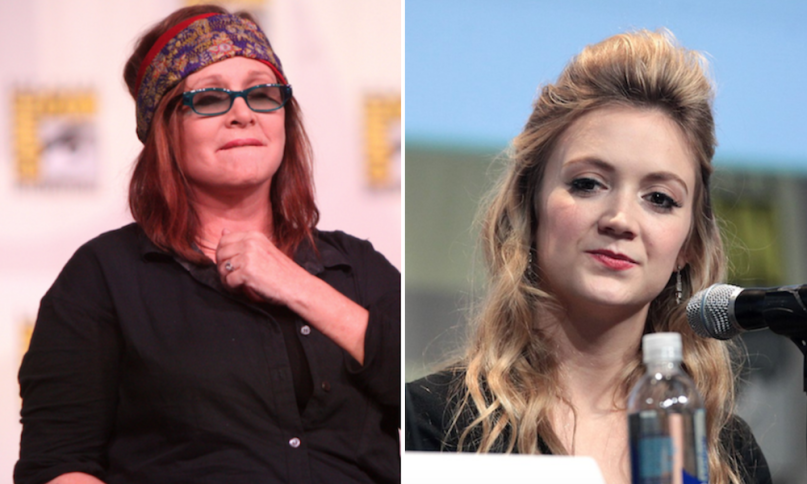 It was two years ago today that we lost one of our most cherished actresses and personalities, Carrie Fisher. The world — and Family Guy — is still mourning her and learning to live in a world without our beloved Princess, as is her own daughter, Billie Lourd. Demonstrating some of the grace that was passed down to her, the young and talented Lourd marked the anniversary of her mother’s passing with a piano performance of Nico’s “These Days”.

The Jackson Browne-penned track appeared on Nico’s 1967 solo debut, Chelsea Girl. Artists like Elliott Smith have covered the song before, but Lourd’s reverential take is particularly touching given the circumstances. “It has been two years since my Momby’s death and I still don’t know what the ‘right’ thing to do on a death anniversary is,” Lourd wrote on an Instagram video sharing the rendition. “So I decided to do something a little vulnerable for me, but something we both loved to do together – sing.”

“This is the piano her father gave her and this was one of her favorite songs. And as the song says, we must ‘keep on moving’. I’ve found that what keeps me moving is doing things that make me happy, working hard on the things that I’m passionate about and surrounding myself with people I love and making them smile. I hope this encourages anyone feeling a little low or lost to ‘keep on moving’. As my Momby once said, ‘take your broken heart and turn it into art’ – whatever that art may be for you.'”