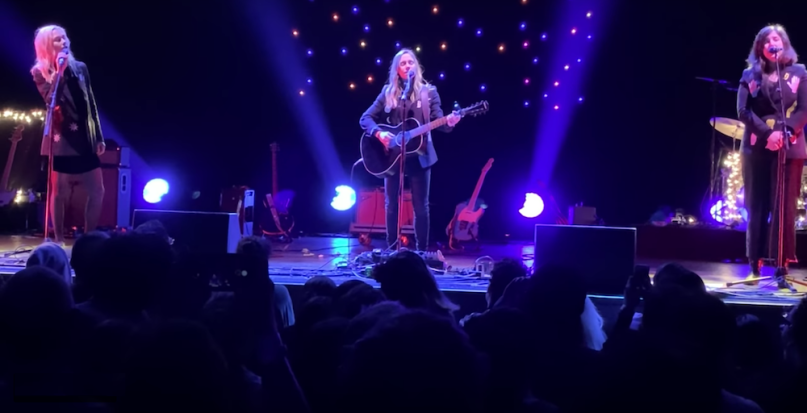 boygenius — the recently-formed supergroup of Julien Baker, Lucy Dacus, and Pheobe Bridgers — have been riding high off the release of their celebrated self-titled debut EP in October. They’re in the middle of a tour to promote the album, each performing solo sets before playing in tandem. Even with all the gorgeous music in their collective and respective catalogs, they’re still throwing in a few covers of popular songs during the shows.

One of their most popular covers of late has been a folksy, elegant cover of The Killers’ 2006 track “Read My Mind” from their well-received sophomore album Sam’s Town. Most recently, they played the cover at the Wiltern in Los Angeles, and it’s quite the thing to see. It’s melancholic and ethereal, the three singers’ voices combining in a mellifluous whisper that’s become the hallmark of their collaboration. (Check out their recent gig at the NPR Tiny Desk, if you need more proof.)

Watch the performance below.