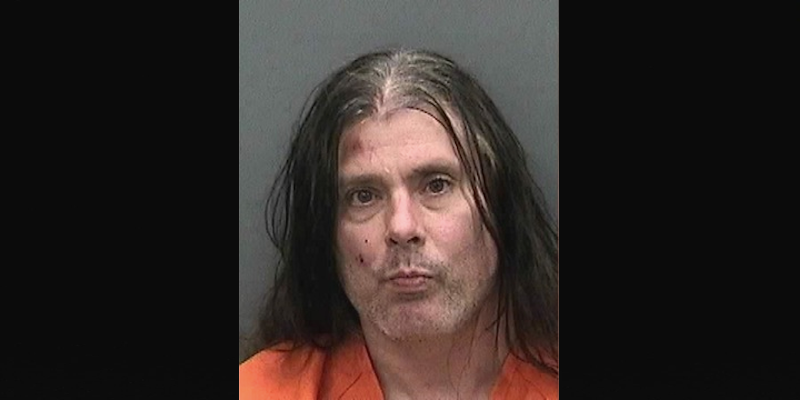 File this under bizarre crimes: Longtime Cannibal Corpse guitarist Pat O’Brien was arrested for burglary and assault at the same time his Northdale, Florida, house caught fire with explosive ammunition in it on Monday night (December 10th).

According to NBC affiliate WFLA, firefighters struggled to put out the fire at O’Brien’s house, as ammunition was exploding inside the dwelling, eventually getting the fire under control.

While his house was burning, police officers received a call about a burglary at a nearby home. A police report states that O’Brien allegedly entered the house without the family’s permission and pushed down a woman inside the home. Police eventually found the guitarist hiding behind a fence, where he was taken down by officers and arrested.

WFLA reports that the metal musician has officially been charged with “burglary of an occupied dwelling with assault and aggravated assault on a law enforcement officer.”

Just yesterday, Cannibal Corpse were announced as a support act on the next North American leg of Slayer’s farewell tour. Cannibal Corpse are also slated to co-headline the 2019 Decibel Magazine Tour with Morbid Angel. It is unknown at this time how the arrest will affect O’Brien’s status with the band.

UPDATE: WFLA has now posted a news report, offering a number of new details (watch below). O’Brien apparently charged at cops with a knife, and was tasered by officers. He was brought to a Hillsborough County court, where he appeared before the judge in an ant-suicide vest and shackles. His bail was set at $50,000, and he’ll have to be tested for drugs in order to post bond. A full follow-up report can be seen here.