Children of Bodom unveil video for new song “Under Grass and Clover”: Watch 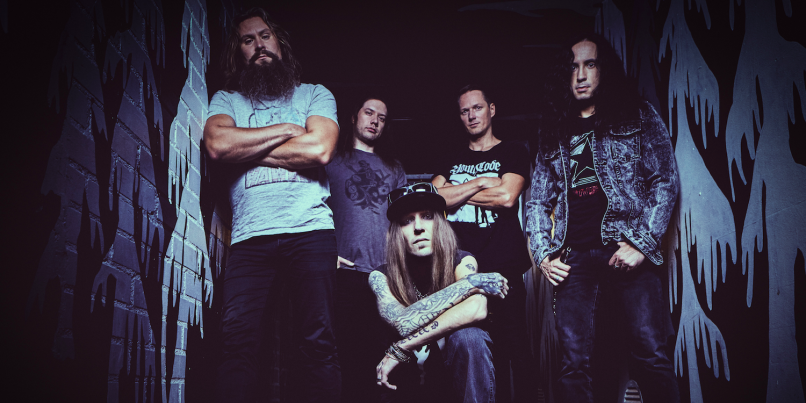 A mere week after Children of Bodom announced the forthcoming release of their 10th studio album, Hexed, the Finnish melodic death metal wizards have dropped the first track from the record.

The new track “Under Grass and Clover” is everything you’d want from a new CoB tune: skin-piercing guitar leads, swinging blastbeats and a perfect growling vocal turn from frontman Alexi Laiho. And they’ve accompanied the reveal with a new video that finds the band where they are at their best: playing to a raucous crowd in a sweaty rock club.

About this new tune, Laiho had this to say: “’Under Grass and Clover’ is the sound of CoB on fire and has been my favorite song since it was written. It’s fast, melodic, heavy and dark but also short and sweet. Someone told me that it’s kinda like old-school Dimmu Borgir and AWK and that’s pretty damn cool in my books, so we must’ve done something right .”

Hexed, which will be released on March 8th via Nuclear Blast Records, finds CoB working once again with Mikko Karmila, the producer who has helmed a bunch of the band’s previous albums. The new record will be released on vinyl and CD, with the option of bundles that include a t-shirt or your very own Grim Reaper statuette. Pre-orders are available here.

The band has also promised that they will be soon revealing further details about the album, as well as announcing upcoming tour dates, which will include shows in the U.S. and a summer trek through Europe.