The Jimi Hendrix Experience Bow Out Gloriously on Electric Ladyland 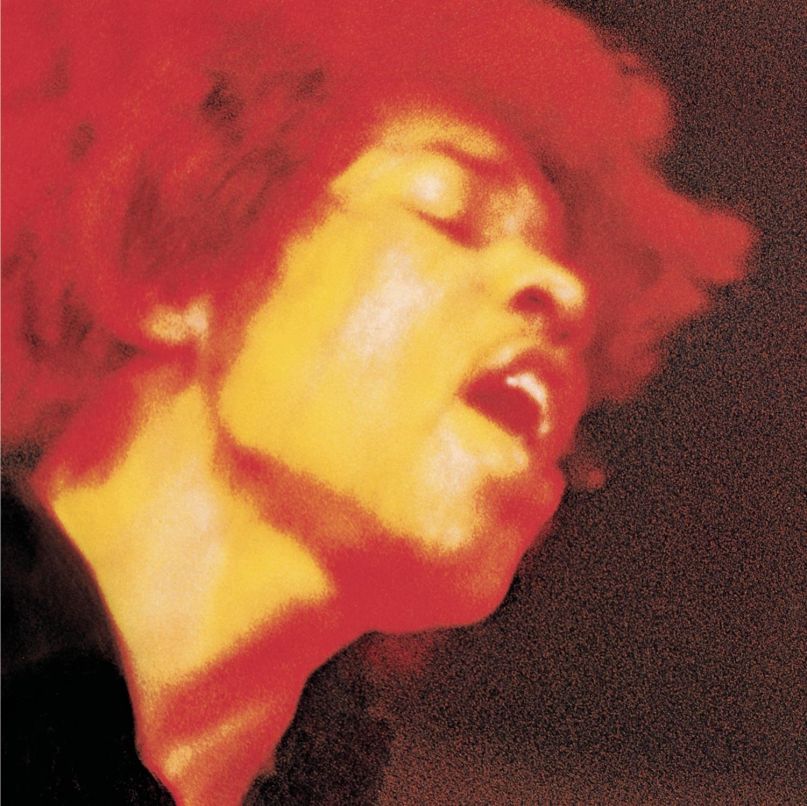 Electric Ladyland shouldn’t be as amazing as it is. The sessions for the double album took forever by the otherwise quick-hit production standards of the ‘60s. Jimi Hendrix and The Experience started laying down tracks for the record a month after they wrapped up work on 1967’s Axis: Bold as Love, and it would be a full year before they were finished.

When the trio wasn’t in the studio, they were on the road, fulfilling the demands of promoting their second album and the demand by rock audiences to absorb the impact of Hendrix’s guitar necromancy. And when The Experience were in the studio (primarily the Record Plant in New York City), there were copious distractions and frustrations to go around. Hendrix would wander in as the spirit moved him, hours after the rest of the band and often accompanied by an entourage of hangers-on. As bassist Noel Redding remarked in a 1997 documentary about the making of the album, he had to fight these assorted groupies for couch space in the control room.

Once the sessions got underway, they could be frustratingly slow with Hendrix’s desire for both control and perfectionism (he is credited on the sleeve of Electric Ladyland as both producer and director). Even though one song had already been completed — “Burning of the Midnight Lamp” was released as a single in the UK in August of ‘67 — and he had laid down the framework for a handful of other tunes via a demo tape he had put together in a hotel room in New York, a lot of time at the Record Plant was given over to jamming, lighting the fuse of a nascent idea until it fizzled.

And when Hendrix got his hands on the mixing desk, he wouldn’t let go. As Jack Adams from the Record Plant told Rolling Stone in 1972, “He’d have such a set idea of what he wanted a record to sound like that he’d remix a song 300 times. No fooling. We’d remix a song for 10 hours, all night, all week.” By the time Ladyland was finally in the can, Hendrix lost his manager, Chas Chandler, and Redding, both men expressing their frustration at his working methods and attitude on the way out the door.

Consequence of Sound and Sony bring you an exploration of legendary albums and their ongoing legacy with The Opus. The second installment revolves around Hendrix’s Electric Ladyland in conjunction with the new 50th anniversary reissue. Purchase a copy here and subscribe to the podcast.

That’s the way it is with many a masterpiece. You can’t have Loveless without bankrupting Creation Records. And you can’t have Abbey Road without destroying the band that made it. While nothing quite that extreme happened on the way to Electric Ladyland, a lot of egos, sleep patterns, friendships, and spools of tape had to be abused along the way.

Was it worth it? Absolutely it was. There’s not a rock fan alive that would argue against the greatness of Electric Ladyland. More than any time before or even the short period he was still on this planet afterward, Hendrix crossbred his myriad of musical influences into a hybrid strain that intoxicated the world. Within months, dozens of other bands would pack their own experiences and interests into the same pipe, going even farther out and getting even heavier as they did.

But it’s Ladyland that feels like the locus, the main junction where much of music’s future spurred from. The extended, stereo field-spanning breakdown in the epic length “1983…(A Merman I Should Turn to Be)” forecasts the world of jazz fusion and prog as heard through the Mahavishnu Orchestra and King Crimson. The proto-metal scene was built from the raw materials found in the overdriven pummeling and the psychedelic inquiries of “Voodoo Child (Slight Return)”.

And just think of all the shredders who went on to start jam bands and glam metal groups, as well as the hundreds of electric blues players, studying and transcribing each solo, looking for the key that would unlock this new language. These were the moments where, as Jack Casady of Jefferson Airplane, who played bass on “Voodoo Chile”, put it in that aforementioned documentary, Hendrix surmounted his influences, where “sometimes he steps aside and it melts together and creates a new thing.”

Hendrix was still beholden to those influences, however. It’s what he did within the framework of the genres that truly proved his mettle. The 15-minute “Chile” is pure Chicago blues; a slow grind where he talks up his strength and sexual prowess while trading licks with guest organist Steve Winwood. He flickers and sparks for the better part of the song until the final few minutes, when oxygen bursts into the room and the whole place is ablaze. Hendrix urges his bandmates, particularly drummer Mitch Mitchell, to greater heights with shouts and yelps, as his own nimble guitar runs go stratospheric. Or listen to the funk workout “Gypsy Eyes” as it turns liquid via phased-out effects on his vocals and guitar.

Let us also not forget Hendrix’s abilities as a pop songwriter and appreciator. His first two albums with The Experience carried a surplus of catchy three-minute tunes that sounded great on one side of a 45. And he peppered the set lists at his concerts with popular tunes of the day, like the title track to Sgt. Pepper’s and Cream’s “Sunshine of Your Love”. Even here on his most experimental album, he cushions the spacious “Voodoo Chile” and the dreamy “Have You Ever Been (To Electric Ladyland)” with a groovy song comparing a stubborn, young lady with trying to get from one side of town to the other in rush hour. And he conceded the greatness of “Little Miss Strange”, Redding’s garage pop flurry that kicks off side two of the double LP set, loaning out some of his wildest and loudest guitar licks. It’s also worth noting that Hendrix’s gate-crashing version of Dylan’s “All Along the Watchtower” earned enough radio airplay to give him his highest-charting single.

For as much control as Hendrix had over the music cut into the four sides of vinyl in its original release, his record companies were less than enthused about his proposed artwork: a photo taken by Linda Eastman (soon to be Mrs. Paul McCartney) featuring the three members of The Experience and some nameless kids sitting on an Alice in Wonderland statue in Central Park. Now that it has finally been used for the cover of the recently released 50th anniversary boxed set reissue of Ladyland, it seems that Reprise, his stateside label, had the right idea nixing it. (And thankfully they didn’t get as far gone as UK imprint Track Records did, using a photo of a couple of dozen naked women.)

It’s a cute concept but one that, without even considering the departure of Redding, doesn’t feel of a piece with the music contained within. Instead, it’s the cover picture that we’re all familiar with that fits perfectly. Hendrix, eyes shut, mouth agape as he sings or is mid-trance during another axis-shifting guitar solo, bathed in shades of red and yellow. This is our hero, through the monolith and clearly enjoying the ride beyond the infinite.

Essential Tracks: “All Along the Watchtower”, “Crosstown Traffic”, and “Voodoo Child (Slight Return)”