The Darkside producer returns in February with his sophomore solo LP 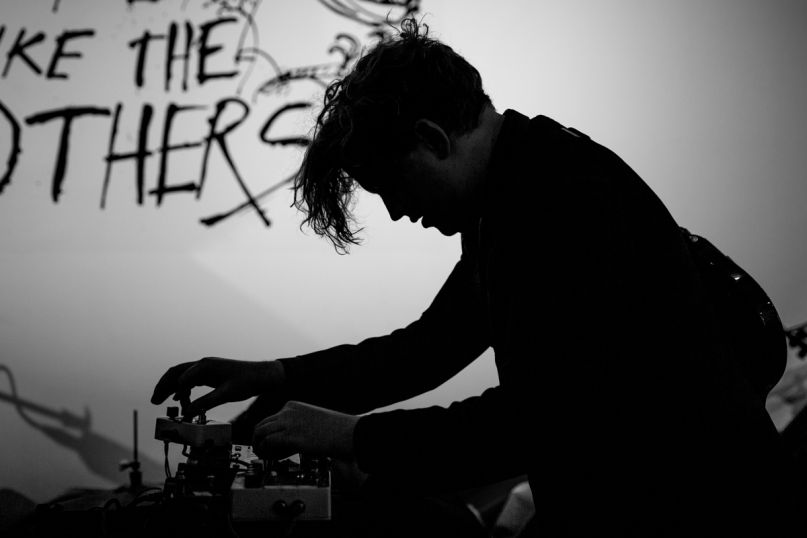 Producer and multi-instrumentalist Dave Harrington is set to embark upon another cacophonous sonic journey with his project Dave Harrington Group. Today, Harrington has announced his second album, Pure Imagination, No Country, along with the record’s first single.

Following up the group’s 2016 debut Become Alive, Pure Imagination, No Country looks to continue Harrington’s freeform sensibilities. According to a press release, the album “showcases the most focused distillation of Harrington’s collaborative musical framework,” which Harrington notes as “being inspired by Miles Davis’s innovative ‘electric years.'”

If “Well” is any indicator of the album’s direction, that description is pretty accurate – an amouse-bouche of Harrington’s desire to emulate his acid jazz influences with flurries of frenetic drum fills and droning psychedelic guitar. As the release notes, “Well” is “a 2-minute glimpse into the album’s spirit of improvisation and composition through psych rock, jazz and electronic music — all at once, in equal measure.”

Pure Imagination, No Country will be released on February 1st, 2019 courtesy of Yeggs Records, and is available for preorder on Bandcamp.

Lose yourself in “Well” via Spotify below.

Harrington will celebrate the release with a five-night residency at Threes in Brooklyn (Jan. 30th – Feb. 3rd), following by a one-off at Zebulon in Los Angeles on February 21st.