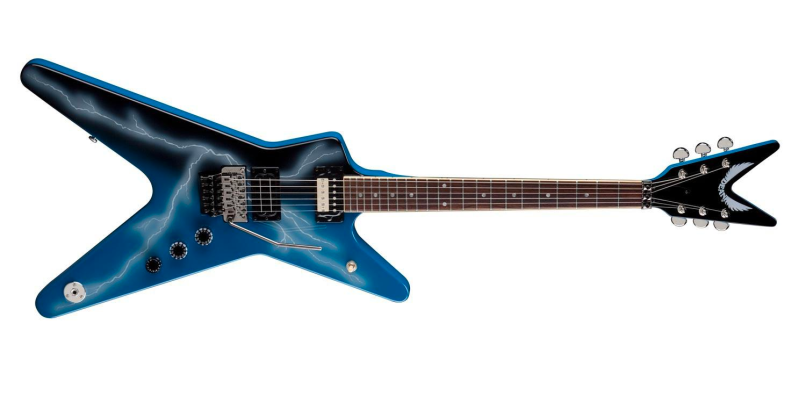 The estate of Dimebag Darrell and Dean Guitars have won a lawsuit filed against them by a man who alleged that he hadn’t been compensated for the sale of replicas of the late Pantera co-founder’s “Dean From Hell” guitar.

Buddy Webster, aka Buddy Blaze, brought the copyright suit against the estate as well as Armadillo Enterprises, the parent company of Dean Guitars, which made the original instrument and has sold replicas of the Dean ML guitar used by Darrell.

The crux of Webster’s claim, according to the suit, which was filed first at the U.S. District Court in Central California before being transferred to the Middle District of Florida, is that he was responsible for the design of the “visual look for the guitar… a unique blue background with lightning emanating from the center of the guitar body.”

Webster alleges that he and the guitarist were friends when Pantera was getting their start in the ‘80s and that, after Darrell had sold the guitar, he purchased it secretly and “modified the neck of the guitar, changed some of the hardware and stripped the paint” as well as adding the new artwork. He then gifted the new Dean ML to his friend, which, according to the lawsuit, quickly “became his signature guitar.”

After Darrell’s murder in 2004, Webster apparently worked with Dean Guitars to produce a similar instrument, sold as the “Buddy Blaze Signature Model.” According to the suit, the manufacturer went on to sell further reissues without giving Webster credit or money for his work.

In a motion filed in June of this year, Darrell’s estate and Armadillo Enterprises countered that Webster had no claim to the graphic on the guitar, stating that it was really the work of artist Craig Patchin who painted the design after receiving instructions from Webster. And because Webster wasn’t even around for the painting of the design, he can’t be considered owner of the copyright. The motion also states that Patchin recently signed over the rights to the lightning graphic to Darrell’s estate, making it the sole owner.

According to Law 360 [via BraveWords], a judgement in favor of the defendants was handed down on Monday (December 3rd) by a Middle District court in Florida.

While Darrell’s estate hasn’t commented on the ruling of the District Court, Evan Rubinson, President and CEO of Dean Guitars, took to Facebook to post his relief at the results.

“After a long-fought battle to defend the legacy that is #DimebagDarrell, we emerged victorious on summary judgment on every single claim by Buddy Blaze (Webster). Dean Guitars & the Dimebag Darrell Estate are pleased to announce that we are back & better than ever!”