Film Review: Netflix’s The American Meme Is An Entry-Level Look At Online Influencers

A personality-focused documentary that mines pathos from the online sect, even if it avoids key scandals 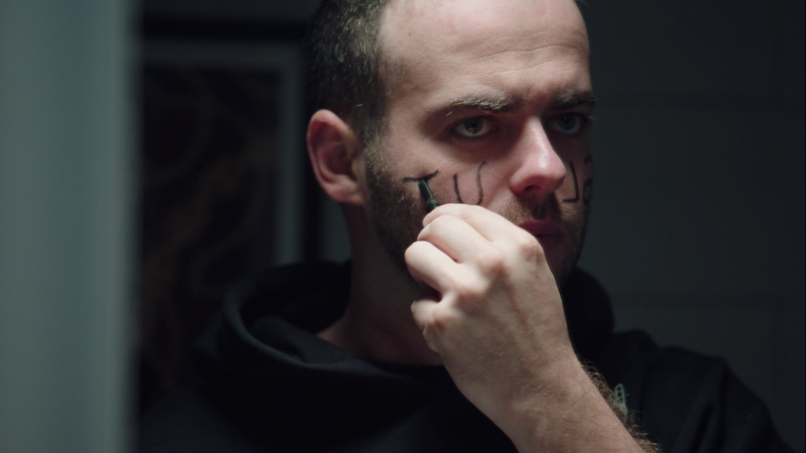 The Pitch: Like it or not, the word “influencer” matters. Influencers, the eye-rolling name bestowed upon the most followed of online personalities, can make or break a person, a product, or a platform with one post. Don’t believe me? Just ask Snapchat. The American Meme — a new Netflix documentary that, despite its title, is not about Pepe the Frog — is a personality-focused chronicle of some of the earliest, most trailblazing celebrities in this field, with Paris Hilton posited as the business model’s Alpha and Omega. Hilton speaks candidly about her years spent unwittingly spawning the phenomenon, while Josh “The Fat Jew” Ostrovsky, onetime Vine star Brittany Furlan, and “Slut Whisperer” Kirill Bichutsky also open up about their rise in the online world and how it’s changed since they first cultivated their platforms. DJ Khaled, Hailey Baldwin, and Emily Ratajkowski, all of whom dominate feeds to this day, also swing by with their thoughts.

For Posterity: The American Meme is by no means comprehensive, with filmmaker Bert Marcus opting for a character-based approach rather than a cultural one. As such, the reach and breadth of social media celebrity is only scratched upon, the focus more or less being built around Instagrammers of various shades rather than YouTube, Twitter, Snapchat, or Facebook celebrities. That said, the now-defunct Vine plays a major role in Furlan’s story, just as it did in the rise of numerous current influencers; the film offers a smidge of insight into the platform’s power, but never digs deep enough into its collapse to truly contextualize the social media landscape of the early 2010s. The American Meme does a better job of demonstrating Hilton’s influence on the monetizing power of personality, as well as how her fame helped usher in a new era of corporate sponsorship. Consider it a 101 course in the topic, one that would benefit anyone trying to grasp the earliest touchstones of how our culture came to be so Extremely Online.

The Internet is Dark and Full of Terrors: The American Meme, a documentary that suffers from its relative toothlessness (more on that below), surprises most in the candor it culls from both Furlan and Bichutsky, who use their online fame as a lens through which to discuss their struggles with mental illness. Themes of thirstiness and loneliness arise time and again in the documentary, and though there are plenty of canned denials from the film’s more unreliable subjects (though, to be fair, all of these people are unreliable narrators to some degree), Furlan and Bichutsky confront some downright existential struggles that they continue to face.

Bichutsky especially emerges as the film’s most fascinating personality. A photographer who achieved online fame by first cataloging, and then spurring on, nightclub debauchery, the “Slut Whisperer” produces blatantly misogynist and fat-phobic content that’s undeniably exploitative. And though he doesn’t seem repentant about his attitude, he certainly seems to grasp that what he’s doing carries no intrinsic value to society. He spends a majority of the film hungover, and speaks at length about his suicidal thoughts and how fucked up it is that his online persona has begun to infect the person he is in real life. He occasionally speaks about pivoting into another form of content, but the resignation in his voice speaks to the futility of such an endeavor. Online, your brand defines you. That you’ve grown out of it is irrelevant.

Missed Opportunities: There’s pathos in Furlan and Bichutsky’s stories, but only so much. The film completely glosses over the fact that much of the blowback they’ve received comes from the fact that the content they produced was often blatantly racist and misogynistic. Furlan laments the response to her videos, but the gross, insensitive clips Marcus shows offer proof that the criticism was warranted. Marcus offers a similar shrug when the film touches on the Fat Jew’s history of monetizing plagiarized content, the takeaway seeming to be that “everybody does it, so why’s it such a big deal?” There’s a general lack of teeth here; Hilton, for example, is given an extremely gracious edit. She speaks at length about the pain she endured when a sex tape of her was leaked in the early ’00s, but the film completely bypasses the fact that she subsequently monetized it with a DVD release. No disrespect to Hilton on that front, but to leave it out of the conversation in an effort to bring the star more sympathy feels disingenuous.

Also, there’s something downright hazardous about ignoring the myriad scandals to erupt from the influencer world. What of alleged child predator Austin Jones? Or the child abuse antics of DaddyOFive? Or PewDiePie spitting racism left and right? What about Logan Paul and his trip to Japan’s suicide forest? What about the Fyre Festival, the sham festival that was promoted by several prominent influencers?

The Verdict: The American Meme is an entry-level look at the world of online influencers and the ways in which that kind of platform can either open up a slew of business opportunities or trap you in a soul-sucking vacuum of your own making. It’s vital in the sense that there aren’t enough third-party chronicles of this undeniably potent force in the online world, but it’s sloppy in how safe it feels — it’s easy to imagine the stars agreeing to speak so long as certain topics were either breezed over or avoided entirely. But Marcus’ film is a brisk, entertaining watch, and he’s assembled a striking ensemble of interview subjects, ones whose influence on the business model can’t be denied. So dig deeper into this world, we implore, and next time actually ask some tough questions.