Jamie Lee Curtis would “be happy” to do another Halloween

The old girl scout may come through again... 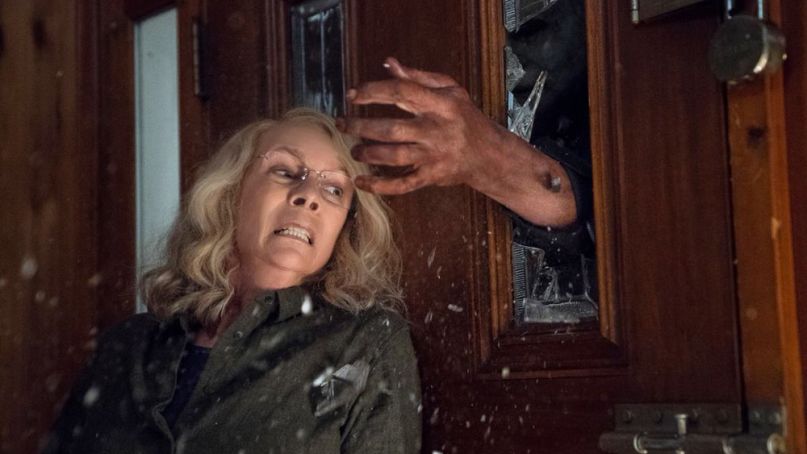 Well, the Master of Horror John Carpenter isn’t the only one up for more Halloween. Jamie Lee Curtis has also now expressed interest in returning as gunslinger Laurie Strode. The problem is that she hasn’t been asked yet.

In a new interview with Entertainment Weekly, the legendary Scream Queen admits she has “no idea” what is happening with the sequel, but contends that she’s “happy to do it”, that is “if David Gordon Green has a story to tell.”

“This was an extraordinary experience,” Curtis reminisces, before admitting: “David was a fantastic director, writer, but obviously this 2018, 40th anniversary, was Laurie’s story, and obviously there are now other people’s stories that would need to get told. But Laurie’s story was told beautifully this year, and I would have no way of knowing how they would incorporate her into future.”

Seeing how Curtis’ involvement was a major component in making Blumhouse’s sequel one of the highest grossing films of the year, let alone the genre, it’s only a matter of time before Curtis gets a call from the boogeyman again.

While we all wait, revisit Sarah Kurchak’s mixed review, in addition to a three-hour dissection below via Halloweenies, Consequence of Sound’s Michael Myers podcast, which will soon be moving from Haddonfield, Illinois to Springwood, Ohio.