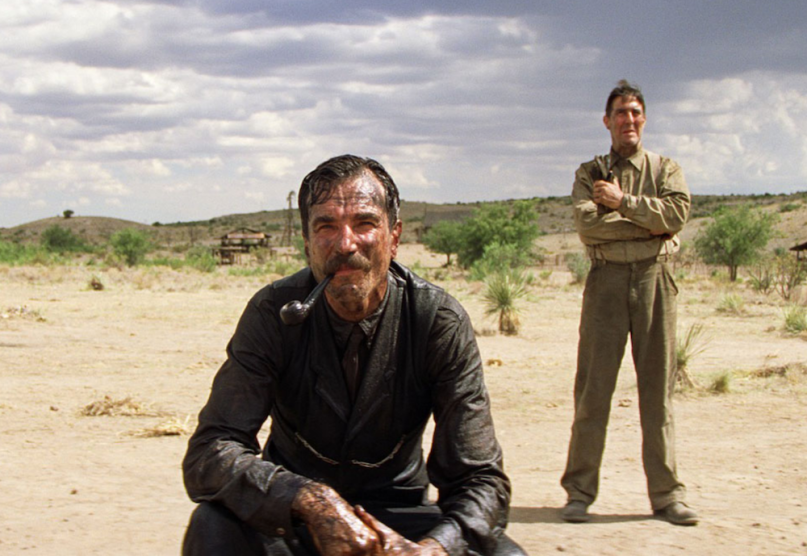 There Will Be Blood

More than ten years later, Jonny Greenwood’s heralded score for There Will Be Blood is coming to vinyl for the very first time. It’s due out January 18th through Nonesuch.

Per a statement, the collection was mastered for vinyl by Graeme Stewart and Christian Wright at the famed Abbey Road Studios. It’s been pressed on 140g vinyl at Record Industry in the Netherlands and comes with two additional tracks in “Proven Lands (Intro.)” and “De-Tuned Quartet.”

Upon its original release in 2007, Greenwood’s unsettling score received countless praise and even a nomination for Best Score Soundtrack Album at the 2008 Grammys. It also marked the Radiohead guitarist’s first collaboration with director Paul Thomas Anderson; they would later team up again on 2012’s The Master, 2014’s Inherent Vice, and 2017’s Phantom Thread, whose score earned Greenwood an Oscar nomination. The pair most recently worked together on this year’s You Were Never Really Here.

“I saw some fairly long sections of the film, read the script, and just wrote loads of music,” Greenwood previously said of his process for creating There Will Be Blood’s score. “I tried to write to the scenery, and the story rather than specific ‘themes’ for characters. It’s not really the kind of narrative that would suit that. It was all about the underlying menace in the film, the greed, and that against the fucked-up, oppressive religious mood — and this kid in the middle of it all.”

Anderson’s There Will Be Blood went on to be nominated for Best Picture, but ultimately lost to the Coen Brothers’ No Country for Old Men.

There Will Be Blood Score Artwork:

Revisit the full score below: