Ye says Drake "finally called," but it doesn't look like this rap beef is over just yet 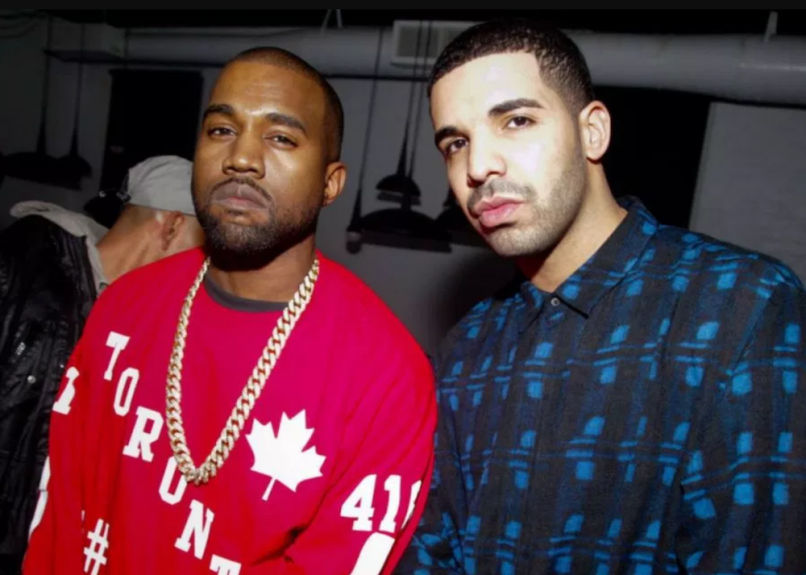 Kanye and Drake during better days

Update — 11:00 p.m.: Kanye has unleashed <a href=”https://consequenceofsound.net/2018/12/kanye-drake-called-trying-to-threaten-me/&#8221; target=”_blank” rel=”noopener”>another barrage of tweets directed at Drake. In his latest tirade, he accused Drake of threatening him with violence.

In an effort to make amends, back in September Kanye West publicly apologized to Drake for a litany of supposed offenses. He expressed regret for stepping on the release date of Drake’s latest, Scorpion, with the release of his own new album, ye; for leaving Drake off the track “Lift Yourself”; and for not speaking to Pusha-T before Pusha revealed the existence of Drake’s son on “The Story of Adidon”.

Drake never accepted Kanye’s apology, however. In fact, shortly after, the Toronto rapper appeared on a radio show and insisted that Kanye actually did play an active part in Pusha’s “The Story of Adidon”.

Today, the rap beef between the two, unfortunately, continued on in sad, tired fashion. On Twitter this afternoon, Kanye pushed out a series of tweets slamming Drake.

One included an undated screenshot of Drake asking for clearance for “Say What’s Real”, the So Far Gone track that samples Kanye. Ye also said that he’s “been trying to meet with you for 6 months bro,” and accused Drake of both “sneak dissing” him via Travis Scott songs and texting Kris [Jenner] behind his back.

The bulk of Kanye’s apparent anger, though, stems from this whole mess regarding “The Story of Adidon”. “I told you I ain’t tell Pusha about your son,” he wrote. “It’s all love bro bro but don’t play with me.”

“Sending purple emojis When I’m dealing with mental shit I need my apologies now Not through scooter either Not through Travis,” Kanye continued. He and Drake previously “hit” back at one another via purple demon emojis (obviously as all rap beefs go).

Toward the end of his social media rant, though, Kanye took on a more remorseful tone. “I would never intentionally hurt you bro I never even heard none of the diss records,” he remarked, later adding that their tension “has been bothering me too long.”

Drake must have witnessed this unraveling because according to Kanye, the More Life rapper finally reached out. “Drake finally called,” he said, “Mission accomplished.”

It’s not clear what they talked about exactly, but Ye followed that up by saying, “by the way… not cleared,” along with a cry-laughing face emoji, which suggests that this rap beef may not be over yet.

Read all of Kanye’s Drake-related tweets below.

I told you I ain’t tell Pusha about your son

It’s all love bro bro but don’t play with me. You stay too close to be playing all these industry games bro

No tough talk either