The kid's cartoon comes back to life, with Patton Oswalt and Alyson Hannigan in tow 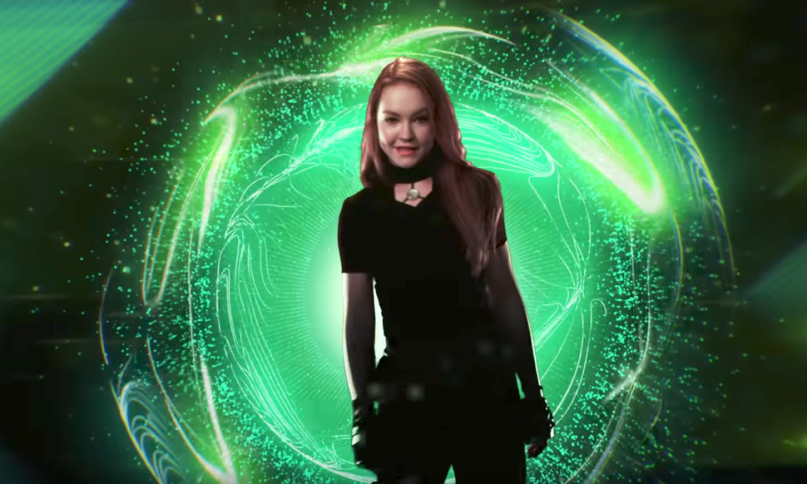 Disney’s live-action reboot fever has spread to more than just its slate of theatrical remakes of beloved Disney Renaissance films; the Disney Channel is reviving one of its most beloved cartoons from the aughts – the high-kicking kid spy series Kim Possible – to a live-action TV movie. Now, Disney’s revealed its first look at the kid spy in the flesh.

If you’ll recall, the original Disney Channel series followed the titular Kimberly Ann “Kim” Possible, a popular high school student who split her time between cheer practice and fighting crime, aided by bumbling sidekick Ron Stoppable, tween computer hacker Wade Load and her naked mole rat Rufus. It was flashy, it was fun, and had a kickin’ theme song by Christina Milian called “Call Me, Beep Me” – best to not unpack that title.

With this new trailer, we get a glimpse of the re-imagined world of Kim Possible, and it appears as if they’ve gone 100% Spy Kids with their approach (which isn’t the worst idea in the world, to be honest). The trailer shows Kim (now played by newcomer Sadie Stanley) enjoying her busy routine of roundhouse-kicking villains with a jetpack, then zooming back to school in time for classes. We then see scenery-chewing baddie Drakken (Todd Stashwick) scheming to steal the “spark” that “makes Kim possible,” along with a flurry of mid-budget martial arts and cheesy costumes.

It’s all a bit homespun, but hey, the Disney Channel doesn’t have that much money to throw around. Plus, the script is co-written by Josh Cagan, who wrote the surprisingly solid high school comedy The DUFF, so there’s hope yet.

Most notably, though, fellow Kim Possible supervillain Professor Dementor will be played by Patton Oswalt, who voiced the character in the original animated series. (In another unexpected connection, Oswalt provides the voice of the adult version of Giambrone’s character on The Goldbergs.)

We’ll have to wait and see whether Kim Possible has the aforementioned spark of the original show, but in the meantime, it might make a nice nostalgia hit for those who remember the show. After all, kids who grew up in the aughts are old enough to have young kids now – chew on that for a minute.

Kim Possible ziplines onto your TV screens March 2019. Watch the trailer below.