Young Fathers on the Influence of Crowds, Chaos, and Dystopia 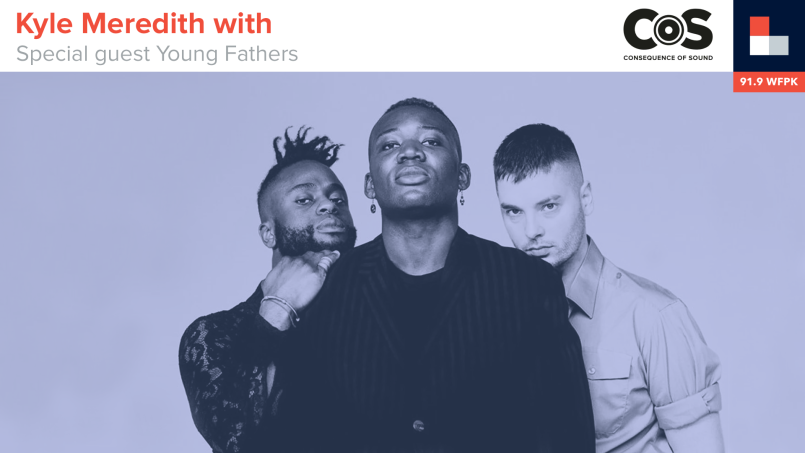 Kyle Meredith With… celebrates the last day of 2018 with Young Fathers’ own Alloysious Massaquoi, whose record Cocoa Sugar made its mark on the charts in March of this year. Massaquoi talks about how they whittled the album down from 40 songs to 12 to create a collection that makes people think, Hey, I could get into this. He also explains Young Fathers’ approach to recreating their material during live performances, comparing their shows to “a conversation”, and how their hard-to-pin-down sound will shift in the future.